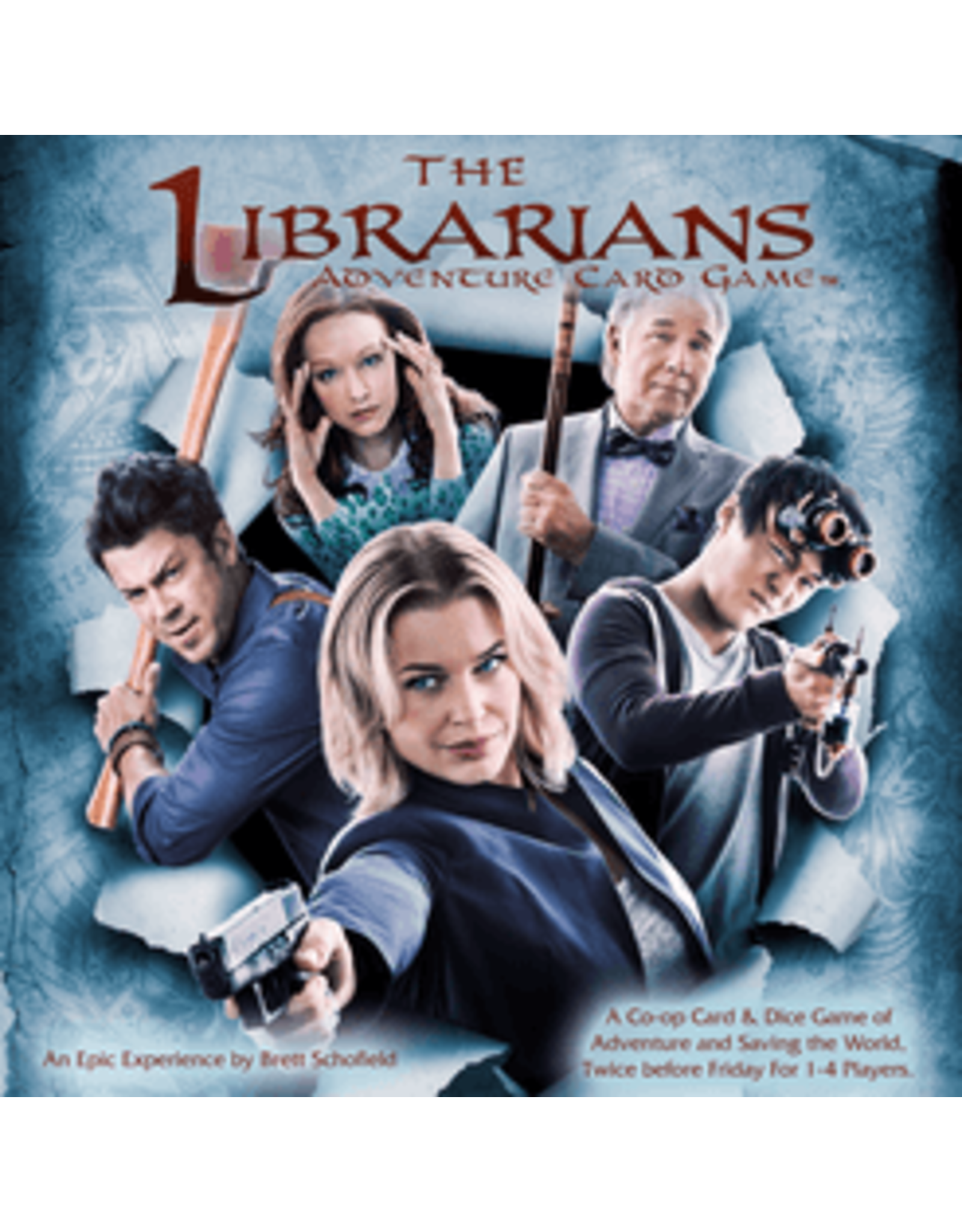 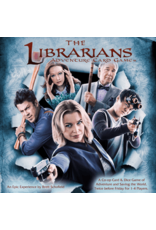 You have received an invitation to interview for a prestigious position at the Metropolitan Public Library. Answering that summons has thrust you into a world of magic and mystery: fairies, gargoyles, old myths, and legends are all very real. The Librarians are members of an ancient fellowship dedicated to the preservation of knowledge and the protection of the innocent from those who would misuse magic. Experts in history, languages, mathematics, and a dozen other disciplines, they lead lives of adventure - unraveling magical mysteries, battling ancient conspiracies, and saving the world every week. Twice before Friday.

The Librarians: Adventure Card Game based on the hit TV series and movies is a 1-4 player cooperative experience in which you and up to three friends each take the role of a Librarian or one of their allies.

Each character has strengths and weaknesses that lend themselves to a different playstyle and a deck of cards that represent the knowledge, skills, and capabilities you will need to survive. Between character selection and deck customization, the game lets you play your character your way.

The game is scenario-based. Each session will takes you on a new adventure, complete with unique challenges to overcome and goals to pursue. But your antagonists have their own agenda, which they pursue relentlessly pursue behind the scenes. You resolve actions by rolling unique dice that take into account your character’s skill and the difficulty of the action. Success requires that you make thoughtful choices: Draw cards or gain the resources needed to play them? Thwart your enemies or advance your own goals?

The choice is yours!

Although other characters will be included as playable heroes in future expansions, the following four heroes are included in this base set: Colonel Eve Baird (Guardian and Team Leader), Cassandra Cillian (Librarian, Doomed by Her Gift), Ezekiel Jones (Librarian, In it for the Challenge), and Jacob Stone (Librarian, Blue-Collar Art Historian). Become one of these epic heroes and save the world! (Twice before Friday!)