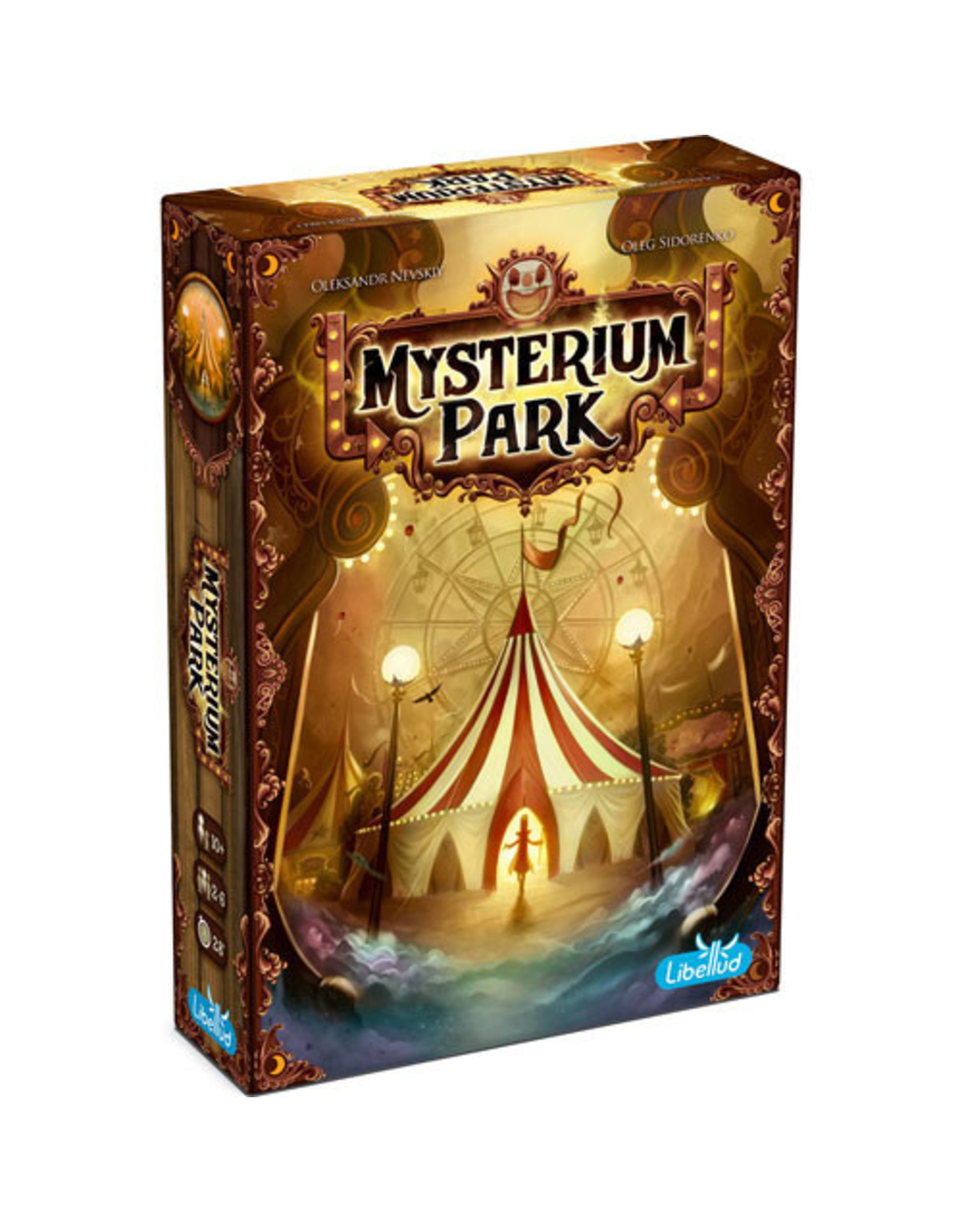 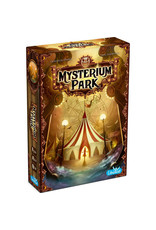 Its cotton candies, its circus, its dark secrets...

The park's former director has disappeared, but the investigation came to nothing. Since that night, weird things are happening on the fairground. As psychics, you're convinced that a ghost haunts this carnival...You're now intent on giving it a chance to reveal the truth.

In this cooperative stand-alone game, the ghost sends visions with illustrated cards. The psychics try to interpret them in order to rule out certain suspects and locations. Then, they'll seize their only chance to piece together what happened to the director. You have only six nights before the carnival leaves town. Open your minds and find the truth!

Set in the lights of a 1950's US fairground, Mysterium Park shares the same core mechanism with the famous award-winning game it reimplements, though bringing a different approach: it is smaller and faster, thanks to very quick setup and simplified rules. Mysterium is a milestone in immersive and eye-catching experiences close to role-playing; with Mysterium Park, you can enjoy the heart of it in a more condensed way.