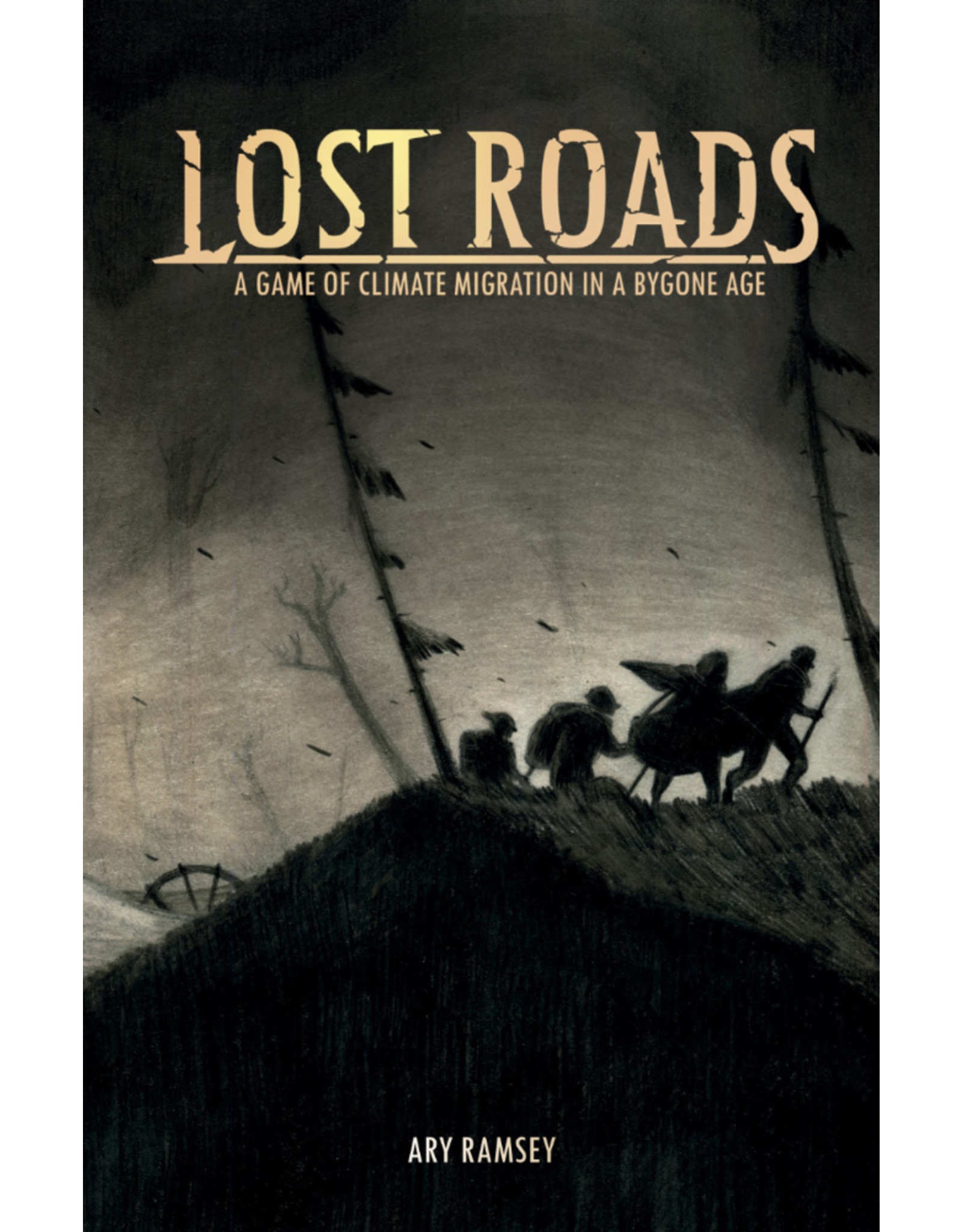 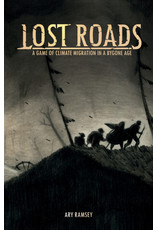 Lost Roads is a fantasy roleplaying game that follows migrants on their journey through a harsh, unforgiving world.

Humans, once rich with magic and resources, exploited nature beyond its means. The sun turned cities into kilns and the sea crept steadily inland. Towering floods and withering droughts led to displacement and social collapse. Modern society fell to pre-urban levels of technology. Those who did the least to cause it suffered the most.

WE ONLY GOT ONE TRY—AND WE FAILED.

Now your community travels the Lost Roads in search of home. Wield the magic of nature, bear the scars of survival, carry the fire of shared humanity, and risk betrayal from those you have no choice but to trust. Do you have the resolve needed to carry your loved ones through the Storm? Without you, there are no roots from which a new society can flourish.

Lost Roads contains everything you need to play, including:

A highly modular game system, featuring an elegant D6 die pool resolution system with varying degrees of success and failure.
It can be run as a one shot or a short campaign lasting 2-5 sessions, with high replayability. Play cycles fluidly through several phases with a push and pull between survival, sheltering, and moving on to new places.

Choose a unique starting character Role and combine it with one of eight magical Domains for up to 40 unique combinations.

Create a fantastic world together with flow and balance between human and natural communities. Then, play out tense survival stories of eco-migrants and supernatural climate fiction.

When characters take refuge, simple scene-by-turn rules allows them to steal a moment to share a meal, a story, a dream. Then, go forth once more to see if you can edge closer towards finding a home.
Inspired by The Road, A Quiet Place, Annihilation, Fast Color, and similar stories.

“Lost Roads is a love letter to a world on the brink of ruin, bound up with hope and horror. Play to see what heroism looks like on the other side of disaster.” —Emily Care Boss