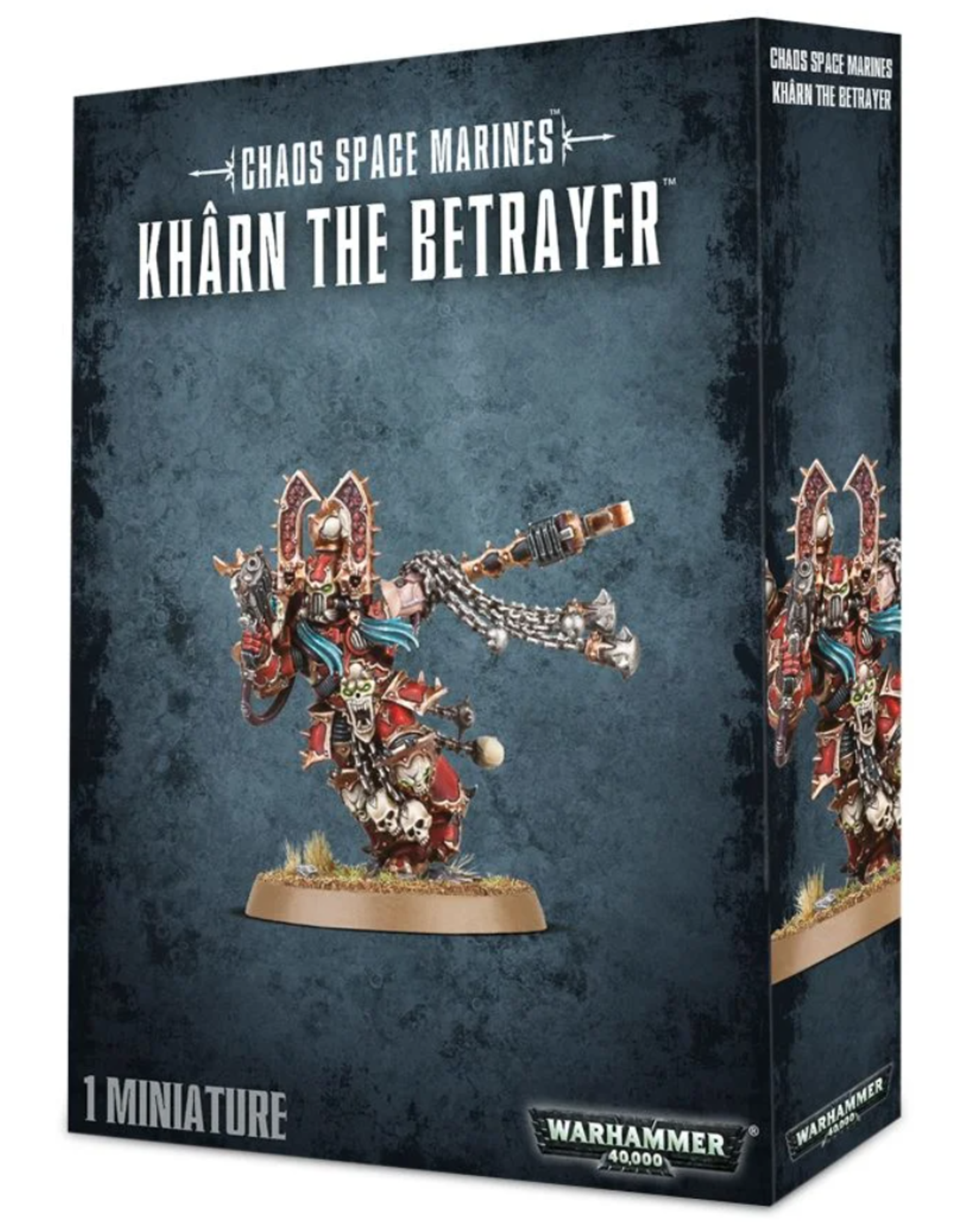 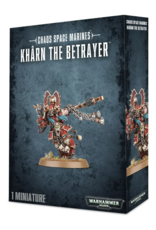 This is Khârn the Betrayer’s mantra, and it has become infamous across the Imperium as a harbinger of carnage to follow. Khârn embodies the eightfold path of Khorne; friend and foe alike are left broken, twitching and torn apart in his wake. As he sprints into battle, his bellowed war cries boom from the vox-grill of his helm, striking terror into the hearts of even the bravest. His plasma pistol spits bolts of destruction almost indiscriminately into his enemies as he closes in, as his screaming chainaxe Gorechild rips apart any survivors with utterly inhuman speed. Even before his last victim has hit the bloodied ground, Khârn has charged off in search of more blood for the Blood God.

This multi-part plastic kit contains the components necessary to assemble Khârn the Betrayer, a single-pose model armed with a plasma pistol and his chainaxe, Gorechild. Supplied with a Citadel 40mm Round base.