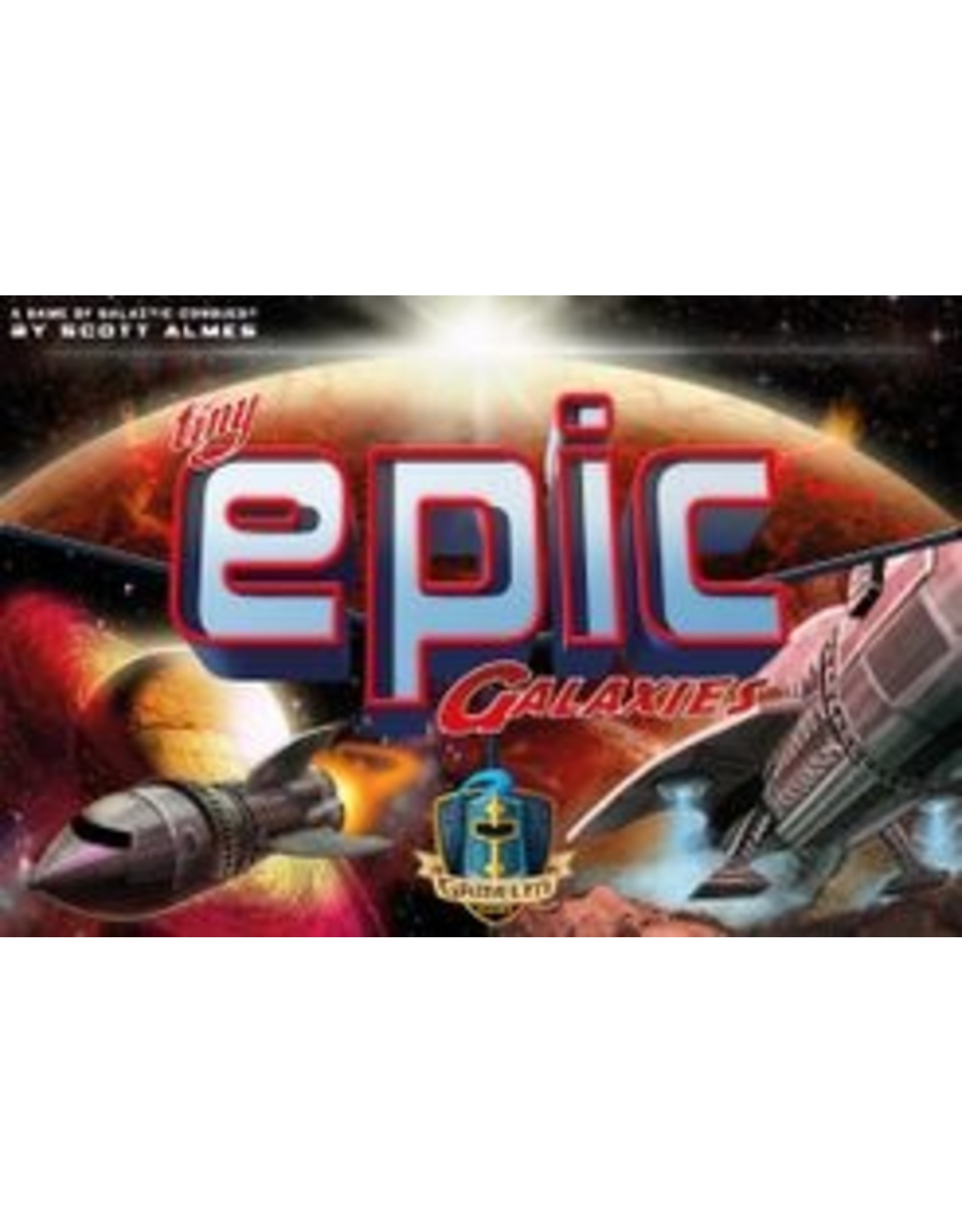 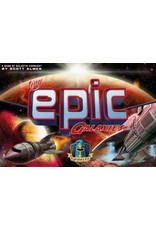 In Tiny Epic Galaxies each player controls a galactic empire, aiming to expand their influence by acquiring highly contested planets and increasing their cosmic armada. The game revolves around an innovative dice-rolling combo mechanic. The number of dice you roll is determined by the strength of your galaxy. Each die is engraved with symbols representing the various actions you can take, such as moving a spaceship, increasing your culture or energy resources, or advancing your political or economic influence over newly discovered planets.

Through careful planning, you must make the most out of your turn, taking the available actions in whichever order you consider most beneficial. But be careful, as each of your opponents can choose to follow each action you take by expending valuable resources. This means that it can always be your turn, even when it is someone else’s turn!

Players will colonize new planets throughout the game, thereby earning victory points and accumulating special abilities which they can activate for their galactic empire. Careful spending of resources will ensure the fastest growth of your empire, while allowing you to receive the biggest possible pay‐off from the actions you take.

Will your influence be enough to control the most powerful planets in the galaxy? Will you be able to meet your secret objective along the way? Will your empire stand victorious?

AWARDS & HONORS
Add your review
0 stars based on 0 reviews