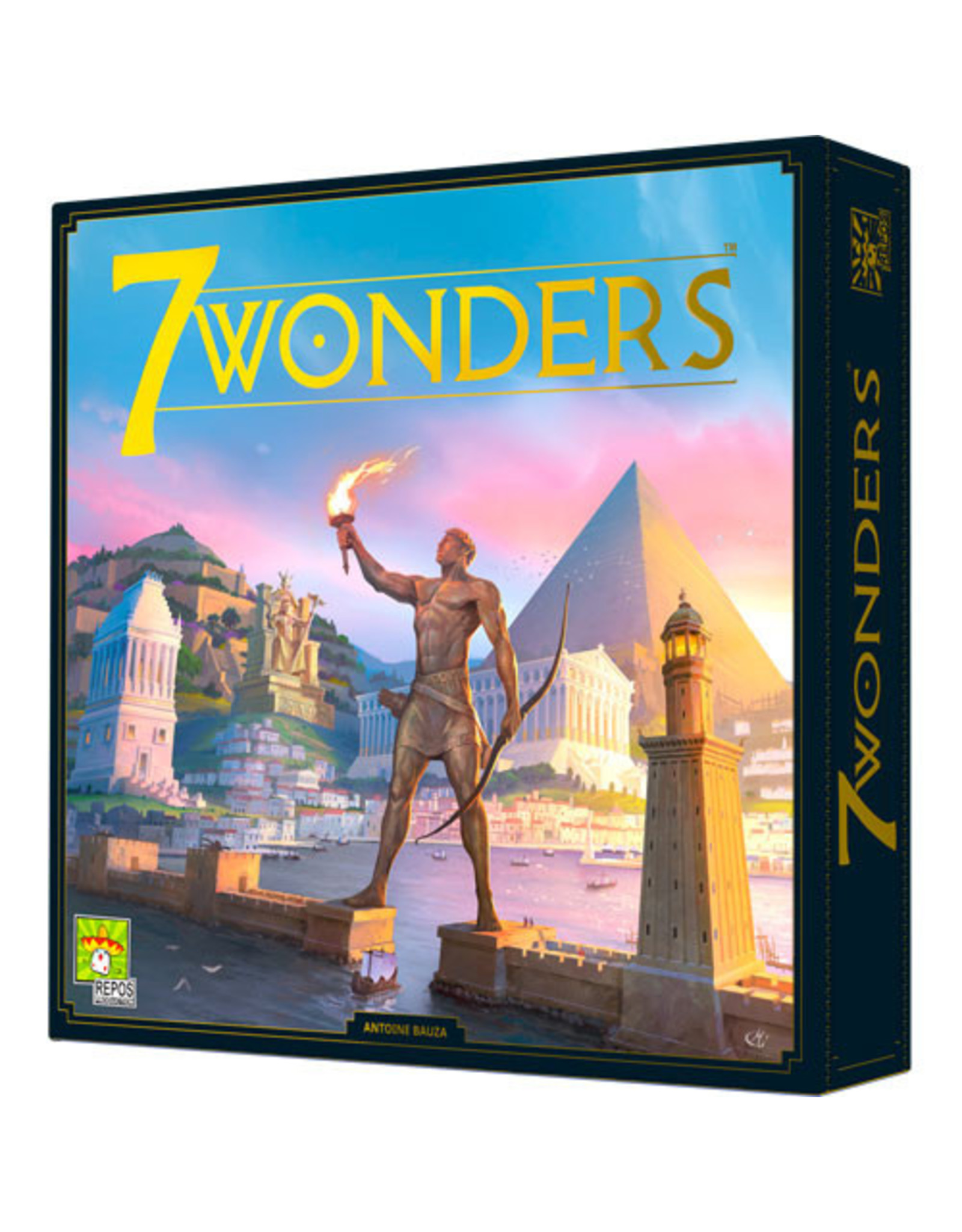 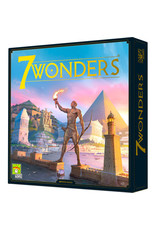 Released in 2010 and having won over 30 awards worldwide, 7 Wonders deserved to get a hot new look! The cover, the cards' design, the Wonders, the insert: everything was redesigned!

• The rules have been entirely revised to make them more easily accessible to new players. Gone are the long pages to be read, we now have an 8-page booklet that's much easier to grasp and understand! The game aid was also fully redesigned!

• Thanks to improved card layout, the player gains space at the table. The new layout of the cards allows for an easy read of information. The guild cards, spread out over the many 7 Wonders expansions have been gathered and added to the new base game.

• The size of the Wonders has increased allowing a better immersion into the game through the main theme of 7 Wonders, its Wonders! The size of the box of the base game and its expansions will also be larger, going for a standard-sized box. Still to enhance the immersion into the game, sides A and B of the Wonders have been redesigned and are replaced by a day side and a night side. Discover the Wonders through their day and night aspects!

• Thanks to symbols discreetly inserted in the contents of the game, 7 Wonders and its expansions are now adapted for colorblind players.