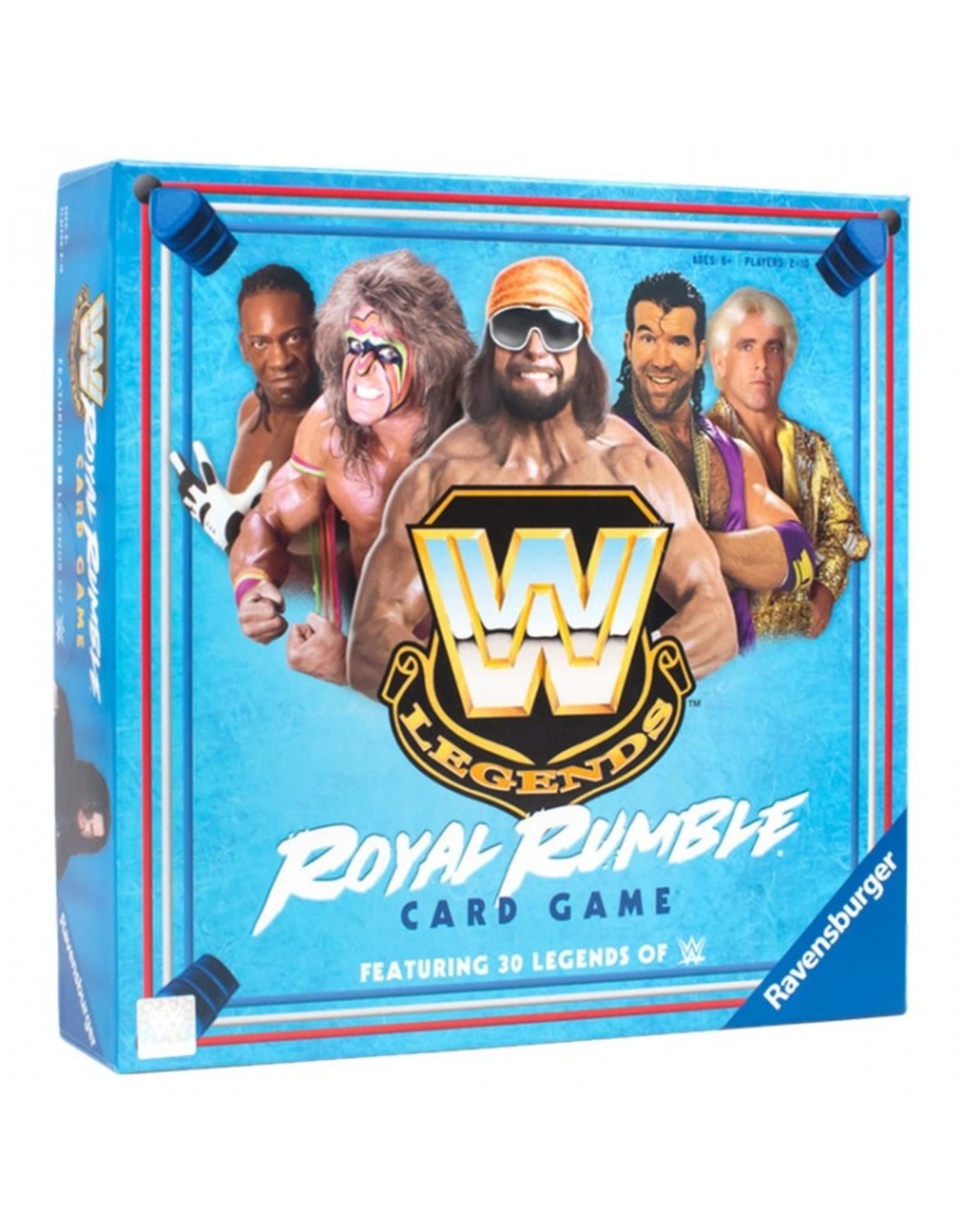 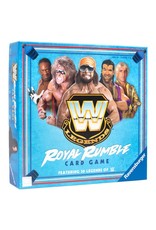 Enter the ring as a WWE Legend and face off against your rivals in the WWE Legends Royal Rumble Card Game! Use electrifying attacks and signature finishing maneuvers to eliminate your opponents! New Legends enter the Rumble as others are thrown over the top rope. Can you survive the brawl to remain the last legend standing?

Each player starts with a randomly dealt Legend, their corresponding Signature card and six Action cards. All players go at the same time, and the game is played in rounds. Each round consists of a Plan, Reveal, Attack, and End of Turn. Place an Attack card facedown pointed at the person you plan to attack. For a particularly strong opponent, you can choose to play a Boost card to increase the speed or give added effects to your Attack. Cards marked with a caution triangle are Cheap Tricks that are especially powerful – they can send an opponent over the top rope or prevent Attacks from being blocked or dodged. All players reveal their Attack cards at the same time and the player with the fastest speed goes first. If the Legend you are attacking is unable to defend themselves, or if another player doesn’t intervene with a Defense, Special Card, or a Ref card in the case of a Cheap Trick, the Attack hits and the cards are placed next to the Legend’s placard, aligned with the damage icons. If the Legend sustains damage equal to or above his health, he is thrown over the top rope and eliminated. Draw up to six cards at the end of your turn…if you’re still standing.