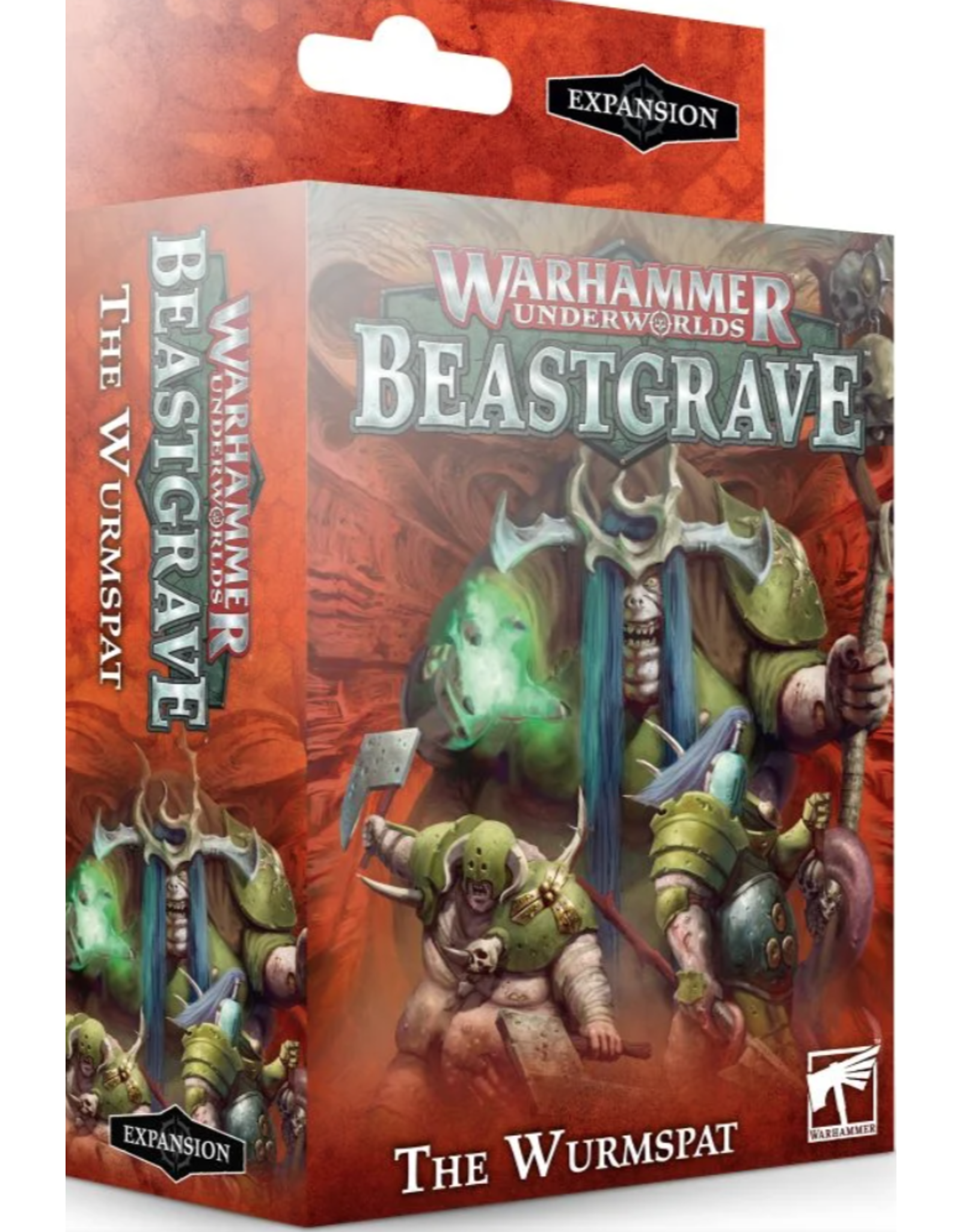 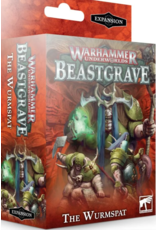 The Sorcerer Fecula Flyblown saw a vision of a shard-curse of endless sterility in which nothing stayed dead long enough to rot, and was horrified. She summoned a monstrous wyrmaggot which swallowed the Sorcerer and her two favoured bodyguards whole. This creature burrowed until it burst into Beastgrave, where it disgorged the group in a tide of steaming vomit. Together, The Wurmspat resolved to cure the curse at the mountain’s heart by spreading the filth so beloved of their deity.

Three is the holy number of Nurgle, Chaos Lord of Decay, and three is the number of fighters in The Wurmspat. Fecula Flyblown, a powerful Sorcerer, is accompanied by two supernaturally tough Chaos Warriors. You’ll be able to assemble the three push fit models in drab green plastic quickly, ready for a game, and your three fighter cards reveal their stats to get you up to speed right away. 32 faction-specific cards allow you to harness the power of the warband's disgusting ploys and upgrades, plus objectives catering to their play-style. You'll also find 27 additional Universal upgrade, power, and objective cards to use with any warband!