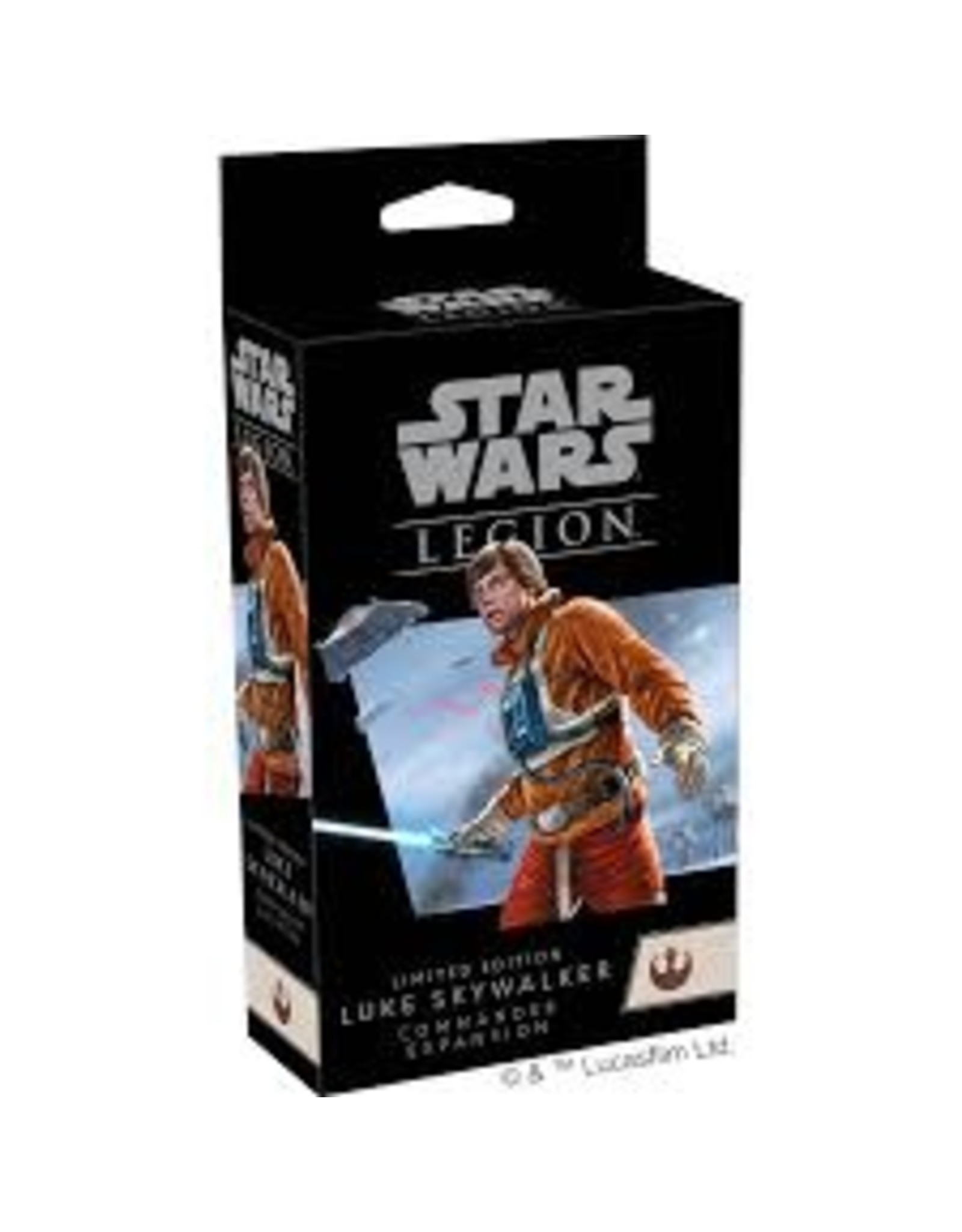 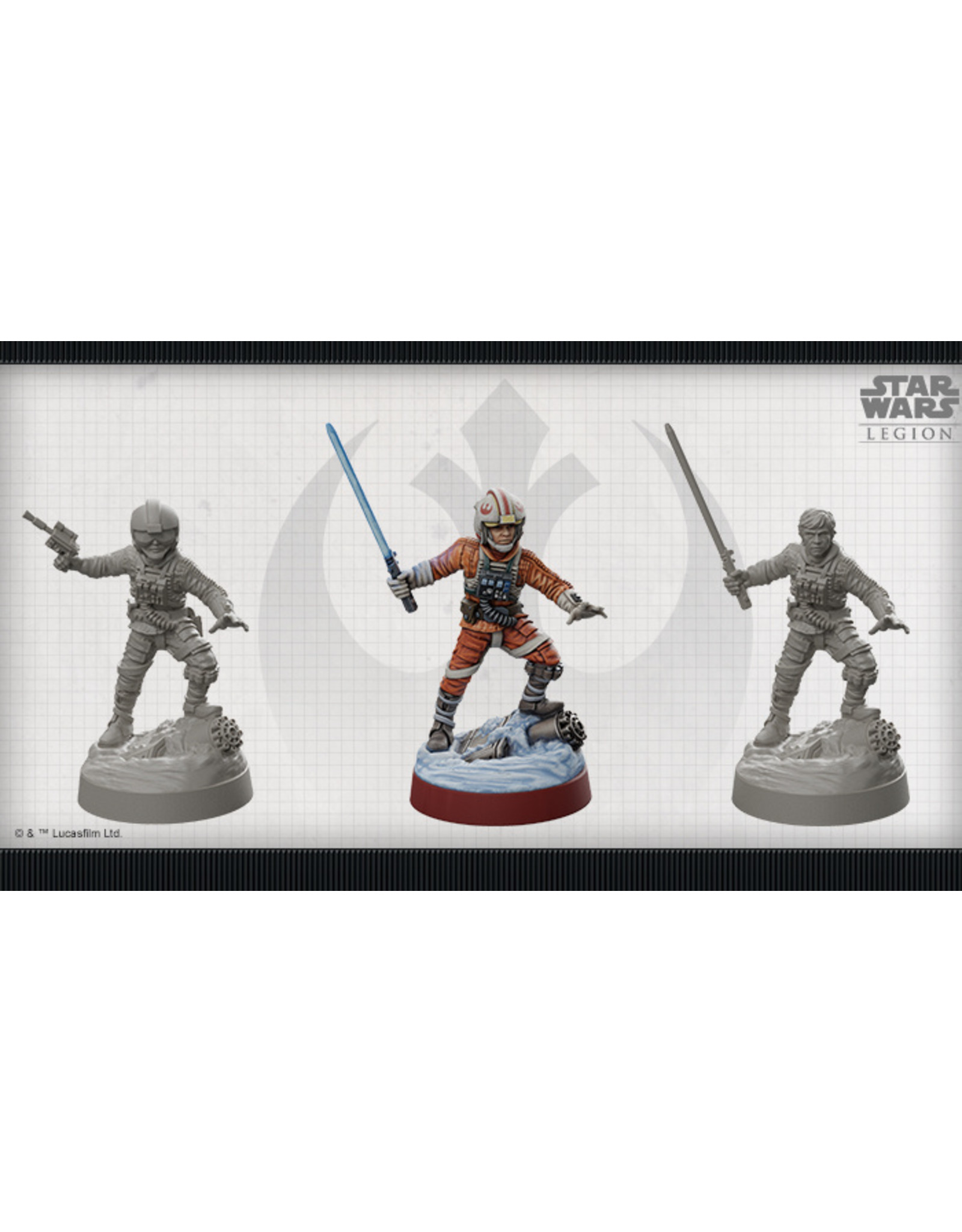 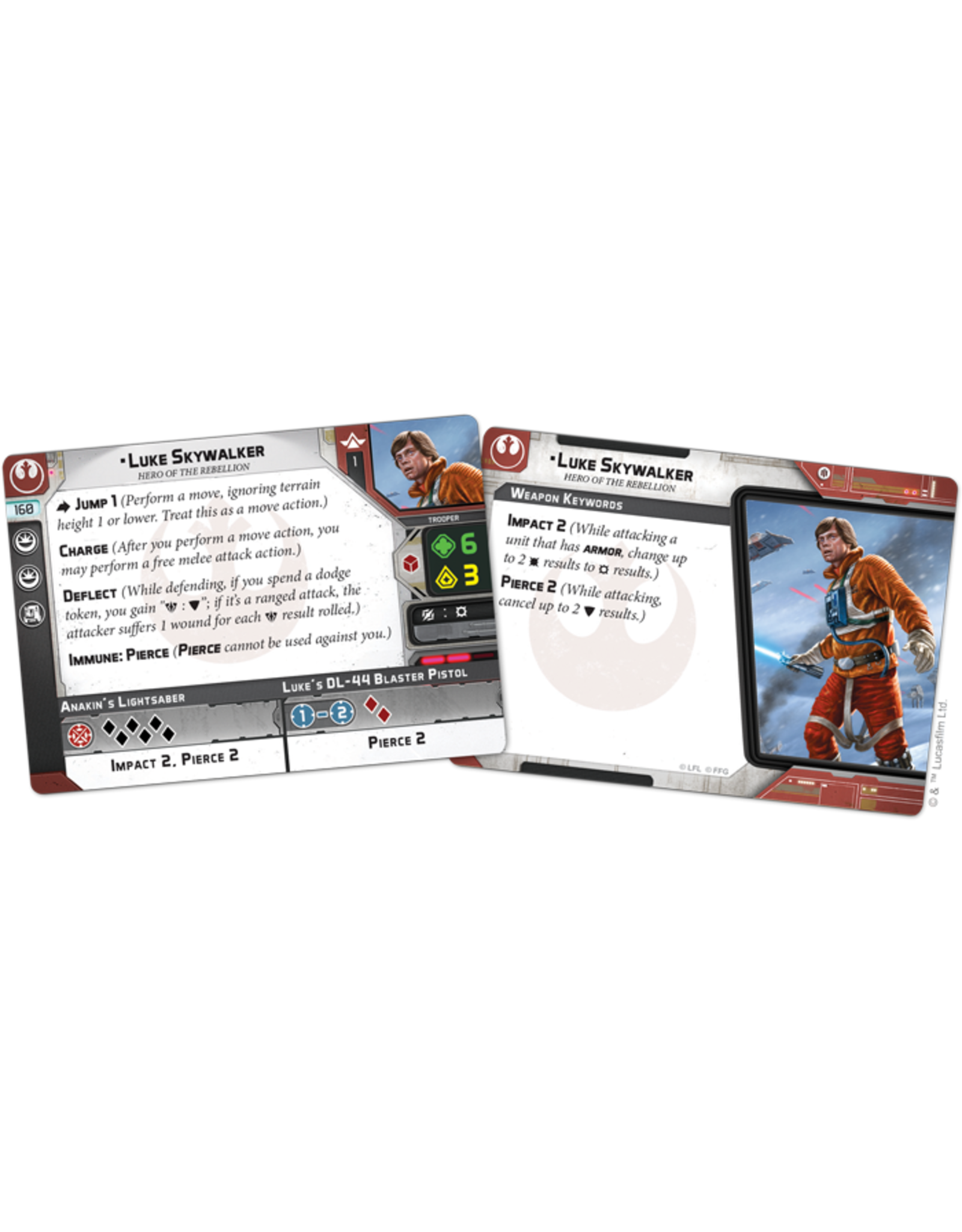 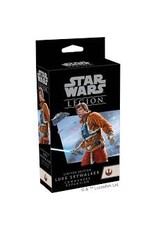 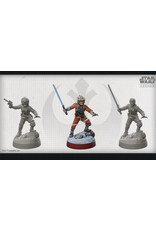 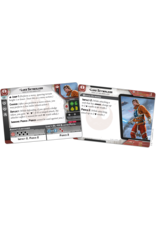 Luke Skywalker fought on many fronts of the Galactic Civil War, battling the Empire both from the cockpit of his T-65 X-wing and on the ground with his lightsaber and trusty DL-44 blaster. Wherever the war effort took him, Skywalker was a symbol of hope to his fellow Rebels and soon Star Wars™: Legion players will get the chance to experience him like never before.

Whether leading the fabled Rogue Squadron or a small strike team, Luke Skywalker earned his reputation as one of the Rebellion’s most enduring heroes through countless battles and this Limited Edition expansion depicts him as he appeared during one of the most iconic clashes in the Star Wars saga: the Battle of Hoth. Wearing his Rebel flight suit and perched atop the wreckage of his T-47 airspeeder, this version of Luke Skywalker is ready to continue the fight on the ground.

Not only does the miniature included here bring a totally new sculpt of Luke Skywalker to your Star Wars: Legion battles, you have the freedom to customize it to fit your personal taste. The miniature can be assembled carrying either Luke’s lightsaber or his DL-44 blaster and with or without his flight helmet. Additionally, if you decide to include the flight helmet, you can also choose whether Luke enters battle with its visor up or down.

However you decide to assemble your miniature, Luke Skywalker is as skilled as ever on the battlefield. This expansion also contains a unit card with abilities identical to the Hero of the Rebellion version of Luke Skywalker found in the Star Wars: Legion Core Set, but now featuring updated artwork matching his new appearance. Additionally, you’ll also find copies of Luke Skywalker’s command cards My Ally is the Force, Return of the Jedi, and Son of Skywalker featuring this updated artwork alongside the unit card. Finally, to ensure Luke Skywalker is fully prepared for battle, this expansion also contains reprints of four upgrade cards: Emergency Stims, Environmental Gear, Force Push, and Hope.

The Limited Edition Luke Skywalker Commander Expansion will only be available for a limited time. In the Unites States, this expansion will be available through local game stores, each of which will be eligible to receive a small amount. For those of you that live outside the United States, look for more information on distribution in your area soon!