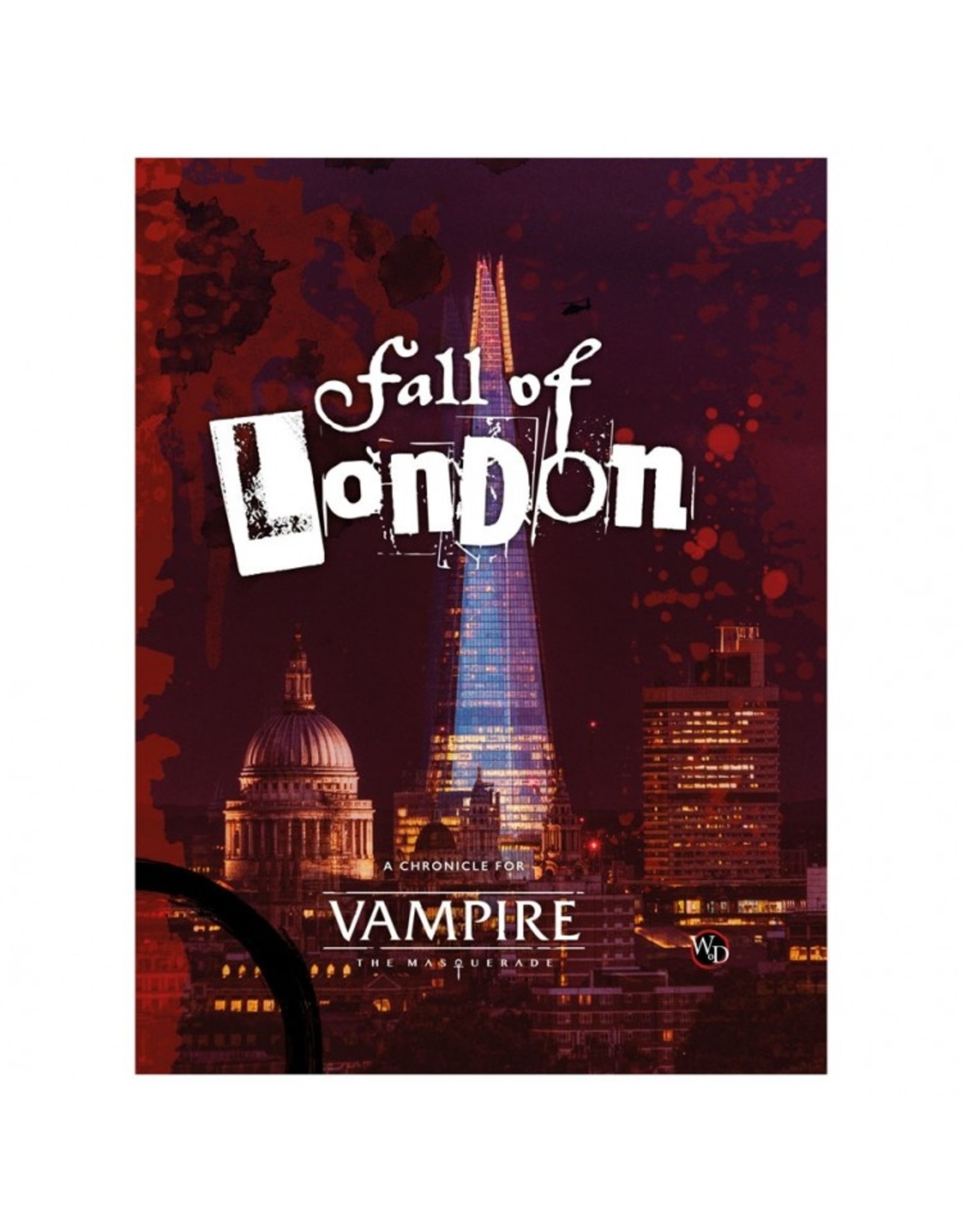 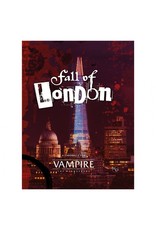 London 2012. Mithras, god among vampires, returns from diablerie at the fangs of Montgomery Coven. The Heralds of the Sun awaken from torpor unable to remember who they are, but driven to seek five artifacts to restore their master to his full glory. The Second Inquisition rises to burn London’s Kindred to ashes. The characters find themselves embroiled in history as it unfolds. Their actions might see a god return, or cast him down to the darkness from whence he came. London burns under Operation Antigen, one of the earliest and most devastating attacks of the Second Inquisition. All the while they slowly uncover the shards of their own identities. What legacy do they leave?

The Fall of London includes:
• A sprawling chronicle covering 6 large chapters
• 6 different endings tailored to the coterie’s choices
• 5 pregenerated characters as the Heralds of the Sun
• 6 new Loresheets, including one for secret diablerists
• Statistics for 7 venerable elders, including Mithras and Queen Anne
• A detailed description of London, to facilitate additional chronicles before the Fall
• An epilogue to use for chronicles set after the Fall