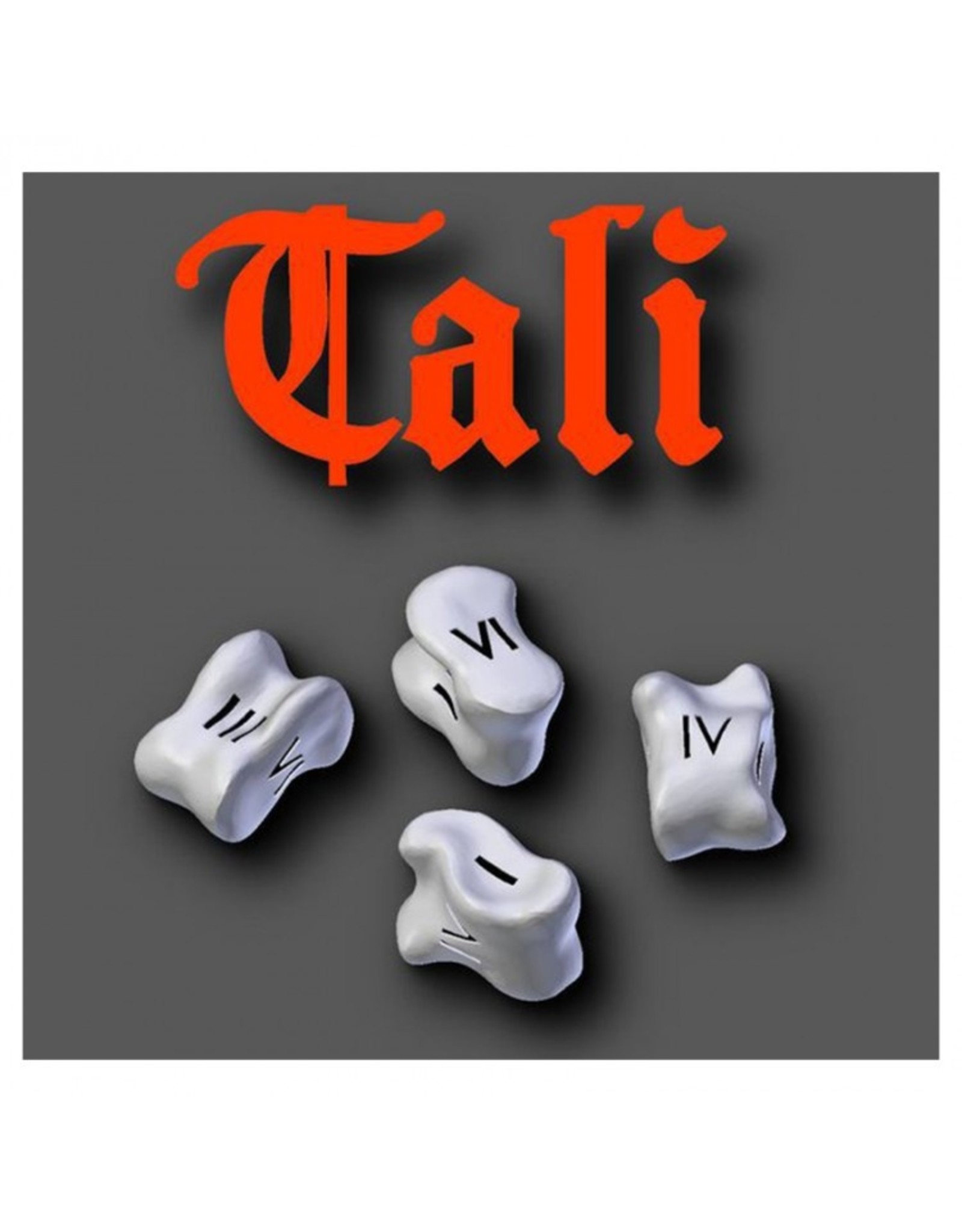 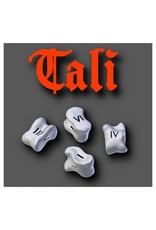 Tali, is the historic Roman version of Knucklebones. Featuring the tactile feel of simulated Bones. Help bring history back to life!

Tali is two games in one, the base game attempts to re-create the historical game as the Byzantine Romans from 1000 AD would play the game.

The micro-roleplaying version of the game adds the character cards. Each player will have a character card to play, each of which has their own unique character abilities.