Tales from the Magician’s Skull #4

Home / Tales from the Magician’s Skull #4 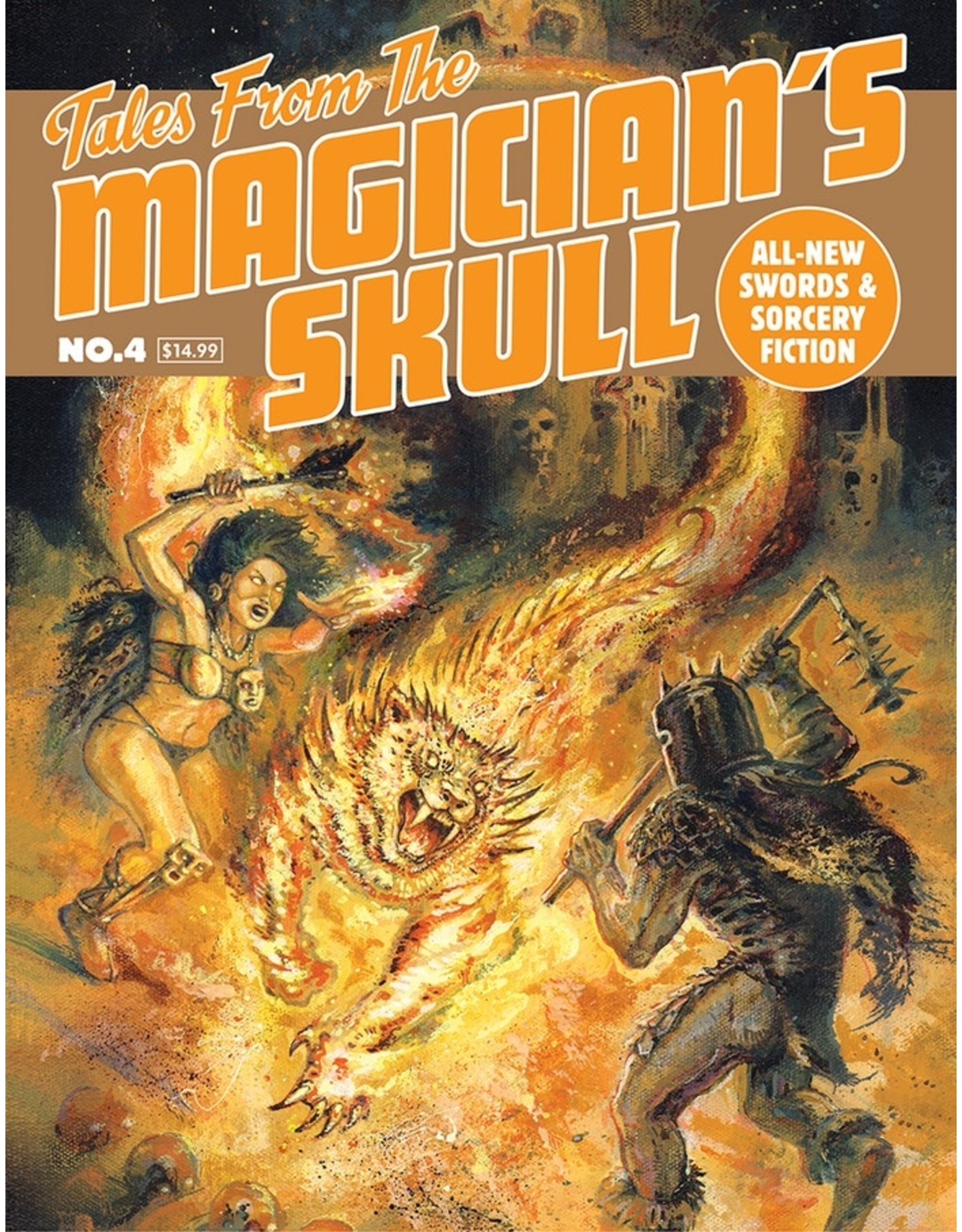 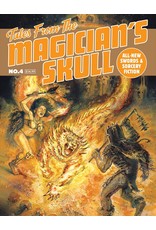 Tales From the Magician’s Skull is a printed fantasy magazine dedicated to presenting all-new sword-and-sorcery fiction by the finest modern crafters in the genre. These stories are the real thing, crammed with sword-swinging action, dark sorceries, dread, and ferocious monsters—and they hurtle forward at a headlong pace.

The fourth issue of Tales From the Magician’s Skull continues the great material that we put in place with the previous issues. This issue contains 8 new stories by some amazing talent!

Here are the stories in the fourth issue:

Guardian of the Broken Gem by John C. Hocking

Benhus wondered what he could expect if they took him alive. Torture and interrogation, probably. They’d pry the fact that he worked for the King from him and that would seal his death warrant. He squeezed the hilt of the white dagger and wondered how many of them he could kill before they took him down.

The cloud writhed gently, as if shifting in a breeze, though the air in the grove was very still. In a moment it had formed itself into a distinctive shape and the men drew back in alarm. It was a human figure, hunched, its face a blur, save for the eyes and mouth.

Masks of Silence by James Enge

The glass cages were full of… things. Not people, but parts of people. They were moving—they were alive: meaty throbbing hearts, shiny pulsating strips of liver, fingers crawling like inchworms, feet flopping like fish. “There is a part of hell that’s supposed to be like this,” Deor remarked.

Cage of Honor by James Stoddard

Without hesitation, he sent his knife whistling through the air, striking the witch full in the throat. Ignoring her, he caught the woman in his arms, and she was everything to him all at once, everything he ever wanted.

In a burst of supernatural speed, the dog-ape lunged at Oba. It drove its hairy body beneath the sweep of his sword and drove its shoulder into his midriff in a maneuver that was more tackle than pounce. The samurai was knocked back, sent sprawling on the ground.

“You—don’t yet believe—that I am your queen.” The tongue moved freer as the abomination became used to speaking. “For long, I forgot that I was as well. But I am royal blood still. See?” One of the manipulated arms placed its hand over a flap on the chest cylinder. Fingers gripped the sides and pulled it open.

Thieves of the Fallen World by Tom Doyle

We’d taken these unearthly glowing gems and blades of cold flame from beings who (at best) weren’t quite human. These trophies were still puissant for ill, and a captured battle lance twitched at me like a living bug impaled on a pin. You shouldn’t be keeping such things, sire.

Garang had made a mistake. He crouched as he walked backwards to the hut, hoping the beasts did not see him. He was halfway to the hut when the last beast spotted him and changed directions, shrieking at him as it attacked.

In each issue, we present an appendix of game statistics for the various creatures, spells, and items described in each issue. All of these stats are for the Dungeon Crawl Classics Role-Playing Game system.