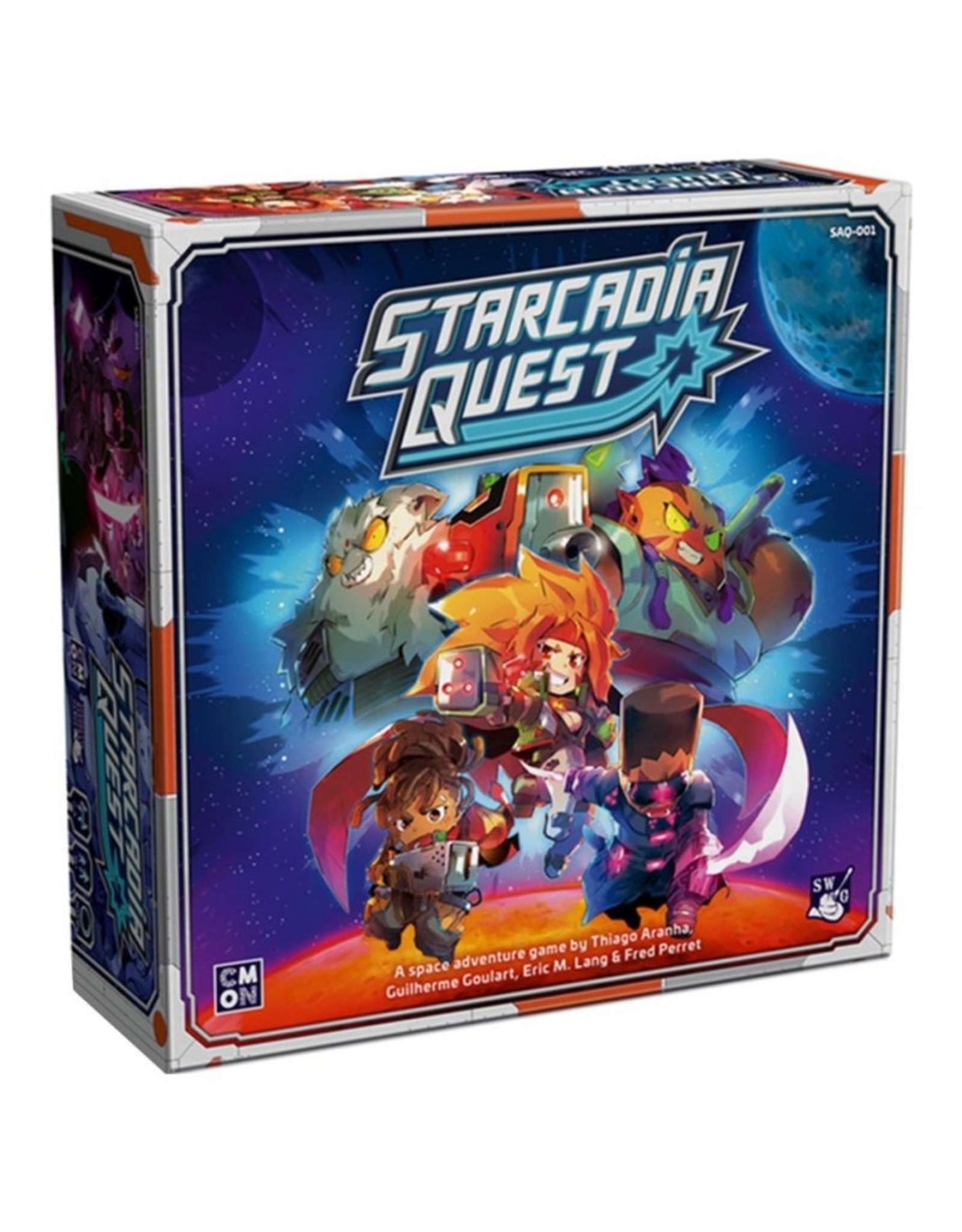 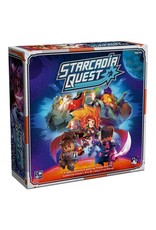 Starcadia Quest is the sci-fi stand-alone game in the Arcadia Quest family. The game employs the same Player vs. Player vs. Enemy mechanic of the originals, but with new rules and themes that are out of this world. Players take on the role of Crews of two Heroes as they must fight against the evil minions of Supreme Commander Thorne. Over the course of a branching campaign, players will fight alien monsters and each other, find new gear, explore the far reaches of space, and do their best to not become alien chow.