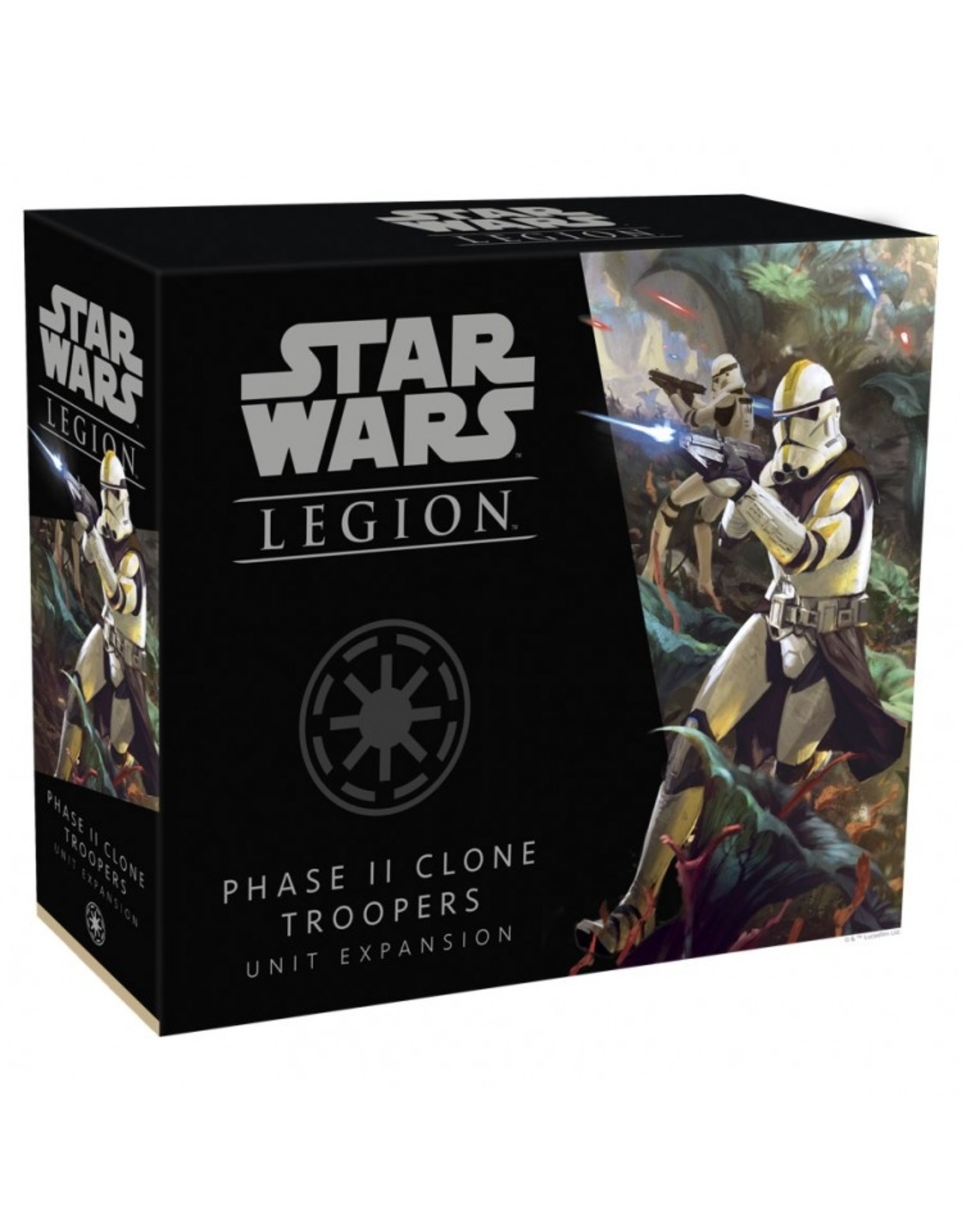 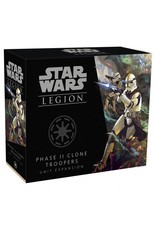 Expand your Republic armies with the Phase II Clone Troopers Unit Expansion for Star Wars: Legion! Phase II clone trooper armor reflected one of the Republic’s greatest technological successes and included advanced tactical gear that further augmented the clone troopers’ individual strengths. Additionally, the clones wearing this armor were themselves better trained and more experienced than those first deployed at the start of the war.

Within this expansion, you’ll find everything you need to deploy an elite corps unit of Phase II Clone Troopers, including seven Phase II Clone Trooper miniatures featuring a variety of customization options. In addition to their DC-15A blaster rifles and the standard Z-6 Trooper heavy weapon variant, you can also add a Phase II Trooper with a mortar launcher to your unit for an even wider array of weaponry.