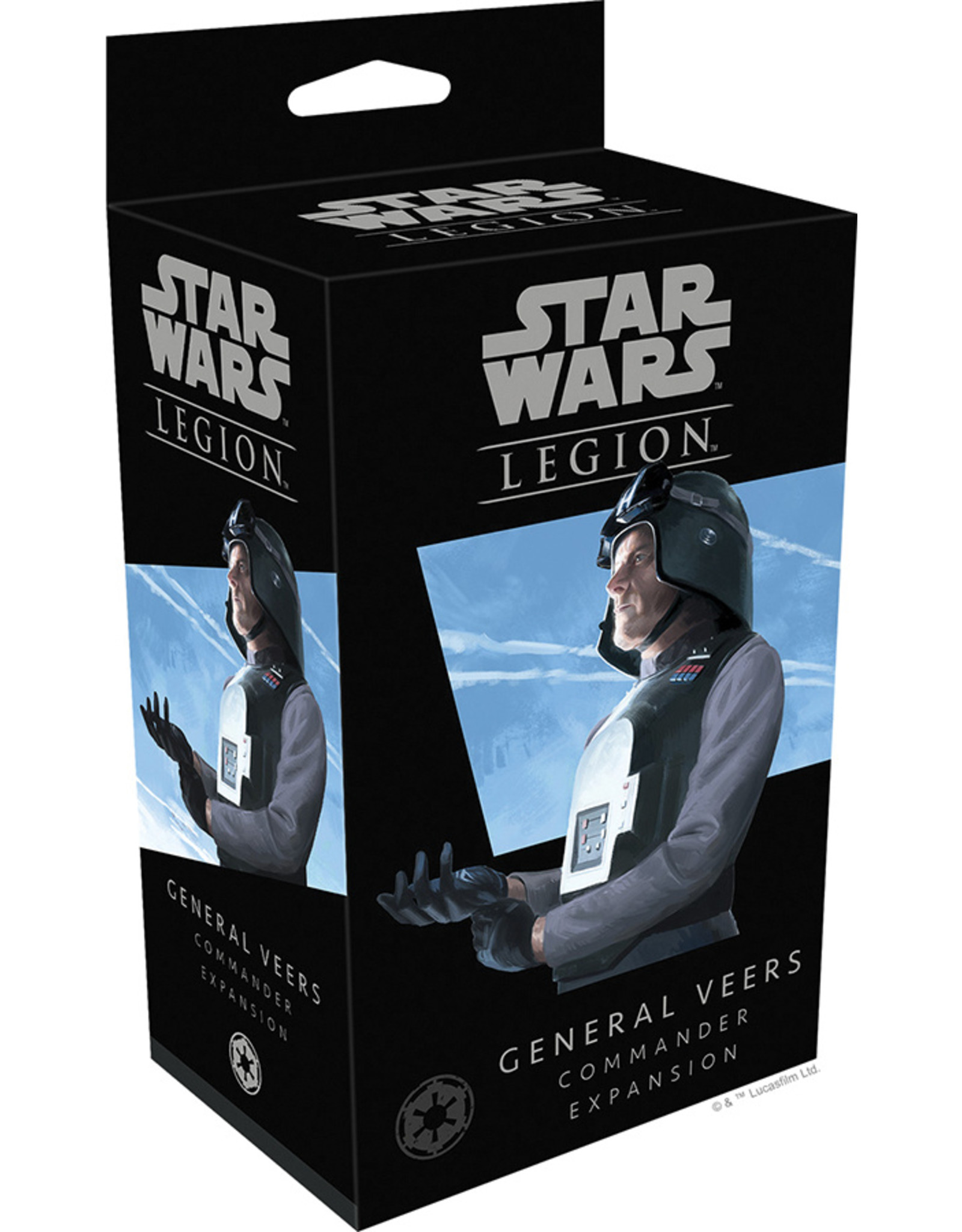 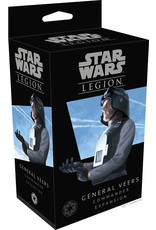 Imperial commanders will soon have more options than ever before when they choose who will lead their troops into combat. An expert in ground combat, and especially noted for his use of Walkers in the surface attack on Hoth, General Veers, the first new commander for the Imperial forces, is well acquainted with leading the Empire`s finest into battle against insurgents such as the Rebel Alliance. This expansion pack for Star Wars: Legion comes with an unpainted General Veers miniature and his three personal command cards, as well as a unit card and an assortment of upgrade cards that you can use to equip your units for battle in even the most hostile environments.