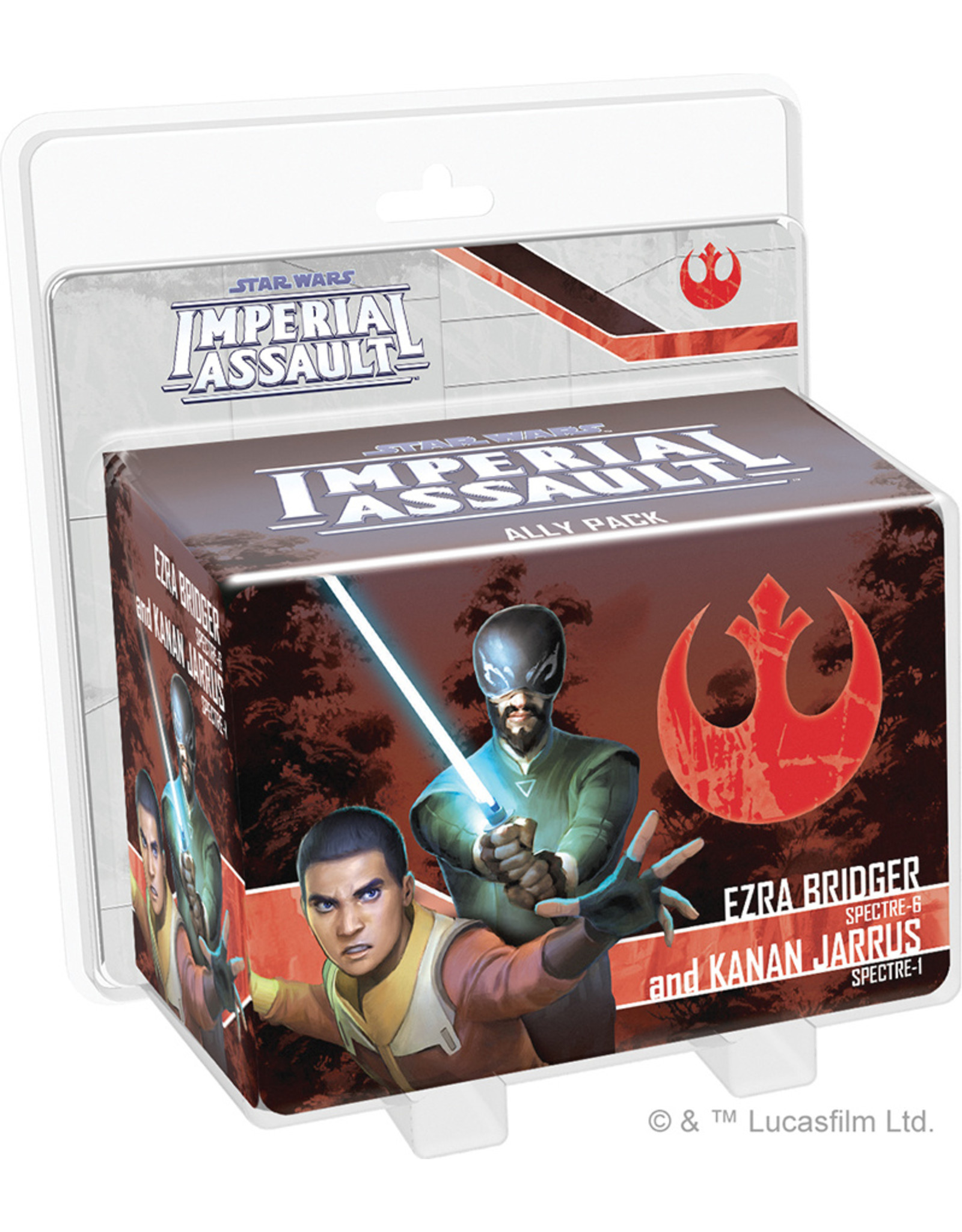 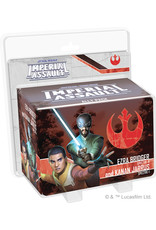 Force users are rare in the time of the Rebellion; many have been twisted by Emperor Palpatine for his own nefarious purposes. The exception to this is the former Jedi Kanan Jarrus and his young Padawan Ezra Bridger. Because of their knowledge of the mystical energy field that binds all things, these two heroes can become valuable allies to you during your Imperial Assault campaign. Recruiting them to your side will take work, but maybe a common enemy will bring your heroes and these Force users together. This Ally Pack contains everything you need to add Ezra Bridger and Kanan Jarrus to your Imperial Assault campaign and skirmish games!