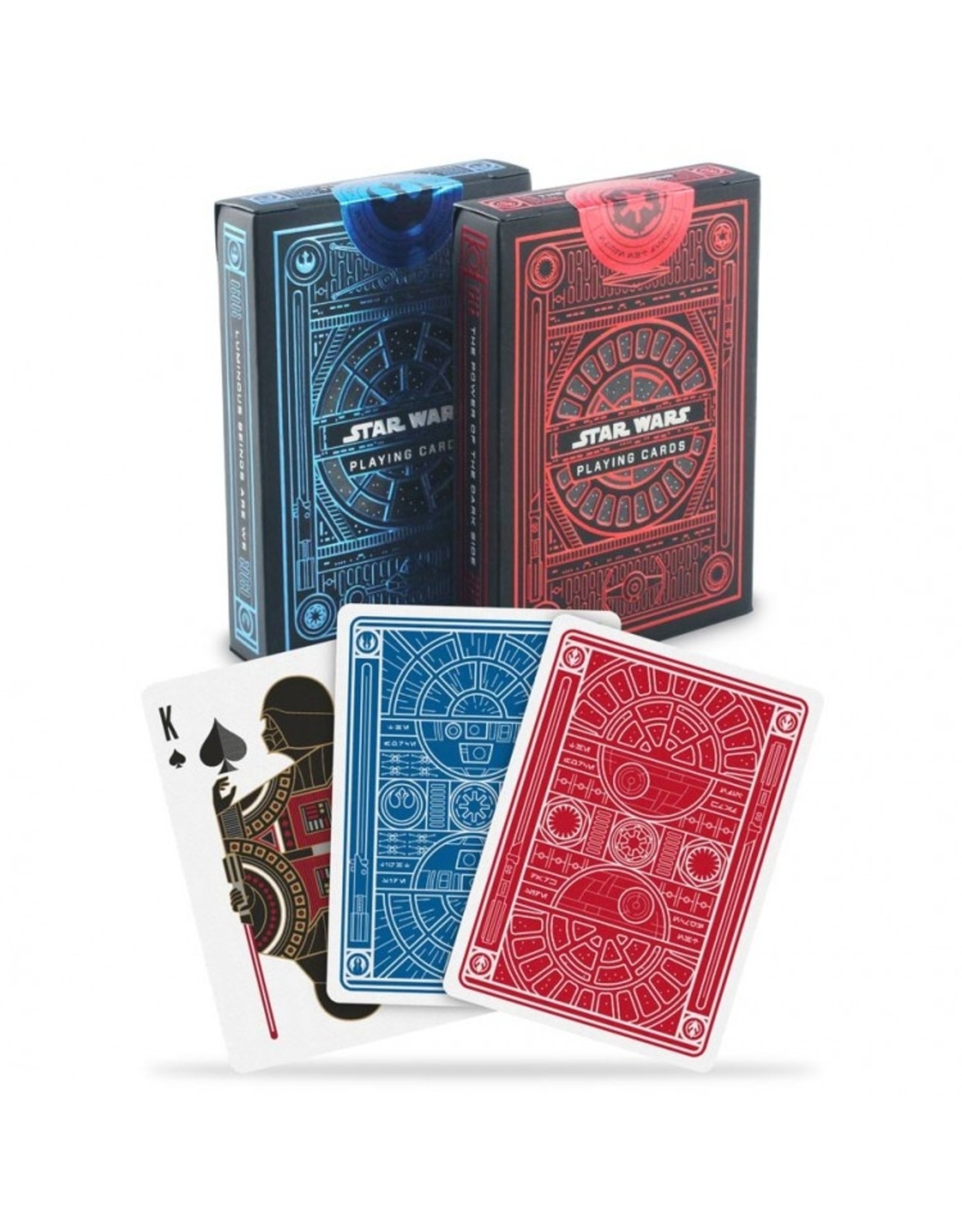 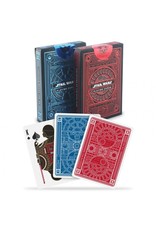 One deck of cards is included at this price.

The Dark Side Box looks through the window of the Imperial Throne Room, with symbols of the Galactic Empire and First Order on each corner. The Light Side box uses blue foil mixed with clear, reflective foil to create the illusion of the Millennium Falcon cockpit window.

Both decks have the same set of 12 court cards, with iconic light side and dark side characters. On the Dark Side, Palpatine is depicted alongside KyloRen, Darth Vader, and more. On the Light Side, Rey, Leia Organa, Han Solo, Luke Skywalker, and others are depicted.

The red back design features details from the Death Star to the First Order, Sith, and Empire insignia. In the center, a repeating pattern of TIE fighters supports Darth Vader's lightsaber on either side. The blue deck back design features the top of R2-D2 and the Rebel Alliance symbol. In the center, a repeating pattern of X-wing starfighters supports two lightsabers on each side edge.