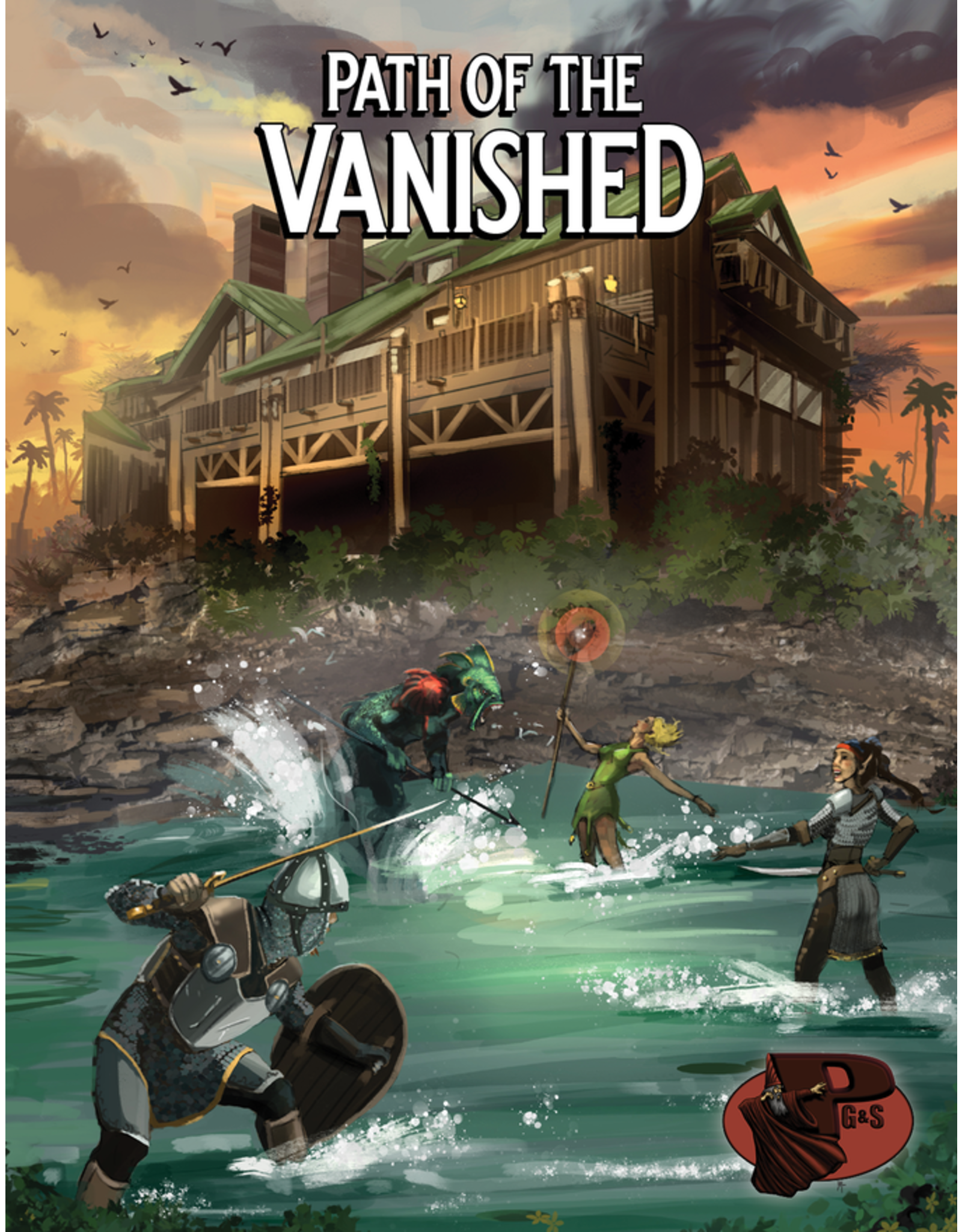 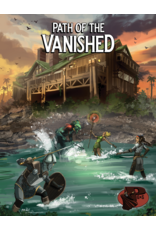 Path of the Vanished is a campaign-style adventure that finds the adventurers on the trail of the Raiders. Produced in four distinct sections, the first part of the campaign finds the player characters traversing the ruins of an ancient city, swallowed in darkness, which is sinking into a near impenetrable swamp. Beyond the city, the player characters discover a road leading to massive building looming over a white beach and swaying palms. The building, used by the Raiders, holds a clue that leads the adventurers to the mythical, yet entirely real, floating island city of Sanctuary. Used by pirates, black market merchants, and other undesirables, the island is made of metal and segregated into seven sections. In one of those sections the Raiders have set up base from which their ships terrorize the coasts. However, thousands of people are still missing and the path forward leads to a distant island that is home to crumbling buildings of some ancient race of star-worshipers. Little else is known of the race but their ancestors, or seemingly so, prowl the island in a primal state. For what reason would the Raiders take innocent people to such a place?