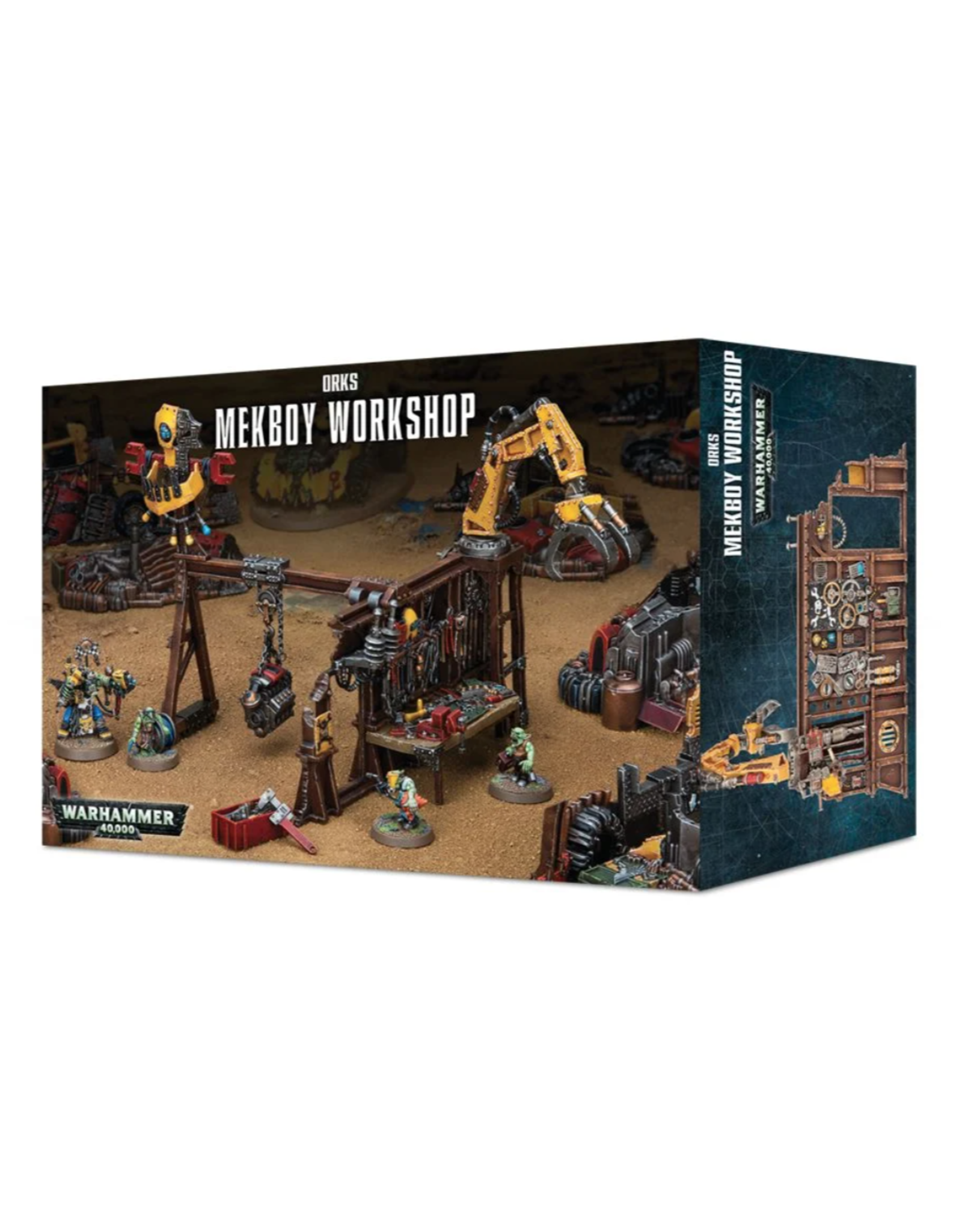 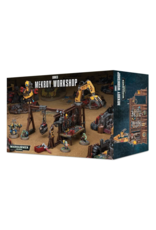 All Mekboyz can perform battlefield repairs using no more than a weighty wrench-hammer, a sack of nails and a healthy dose of gumption, but most do their best work in the comfortably anarchic surrounds of their own workshop. Meks are more than capable of cobbling together a workspace from whatever is lying about, with rudimentary workshops springing up from battlefield wreckage even while the bullets are still flying. Greenskin vehicles roar toward such teetering structures, their crews throwing sacks of teef at the resident Mek – he and his crew get to work immediately, sending the Ork customers on their way with snazzier guns, souped-up engines and extra armour plates.

This multipart plastic kit contains the components necessary to assemble a Mekboy Workshop. Constructed from metal beams which the industrious Mekboy has salvaged from the clamour of battle around him, the Workshop features a large workbench covered in the gubbinz of his craft – a wall-mounted toolset, an enormous drill, a box of spanners and a vice – and a ton of spare parts. A kustom force field generator, bits of steering wheel, buzzsaw blades; it might look like a random assortment, but the Mekboy who owns it knows exactly where each piece he needs is. A reinforced beam is attached to this workspace at a right angle – a large engine block is hanging from a length of chain, ready for repair or installation, with a large grabbin’ klaw which can be modelled facing in any direction you like. Included are 3 barricades and 3 piles of scrap, which can be placed around the Workshop in any way you like, and the whole kit is compatible with the STC Ryza-pattern Ruins set – build your own kustom sprawling mess!

This kit is supplied as 36 components.