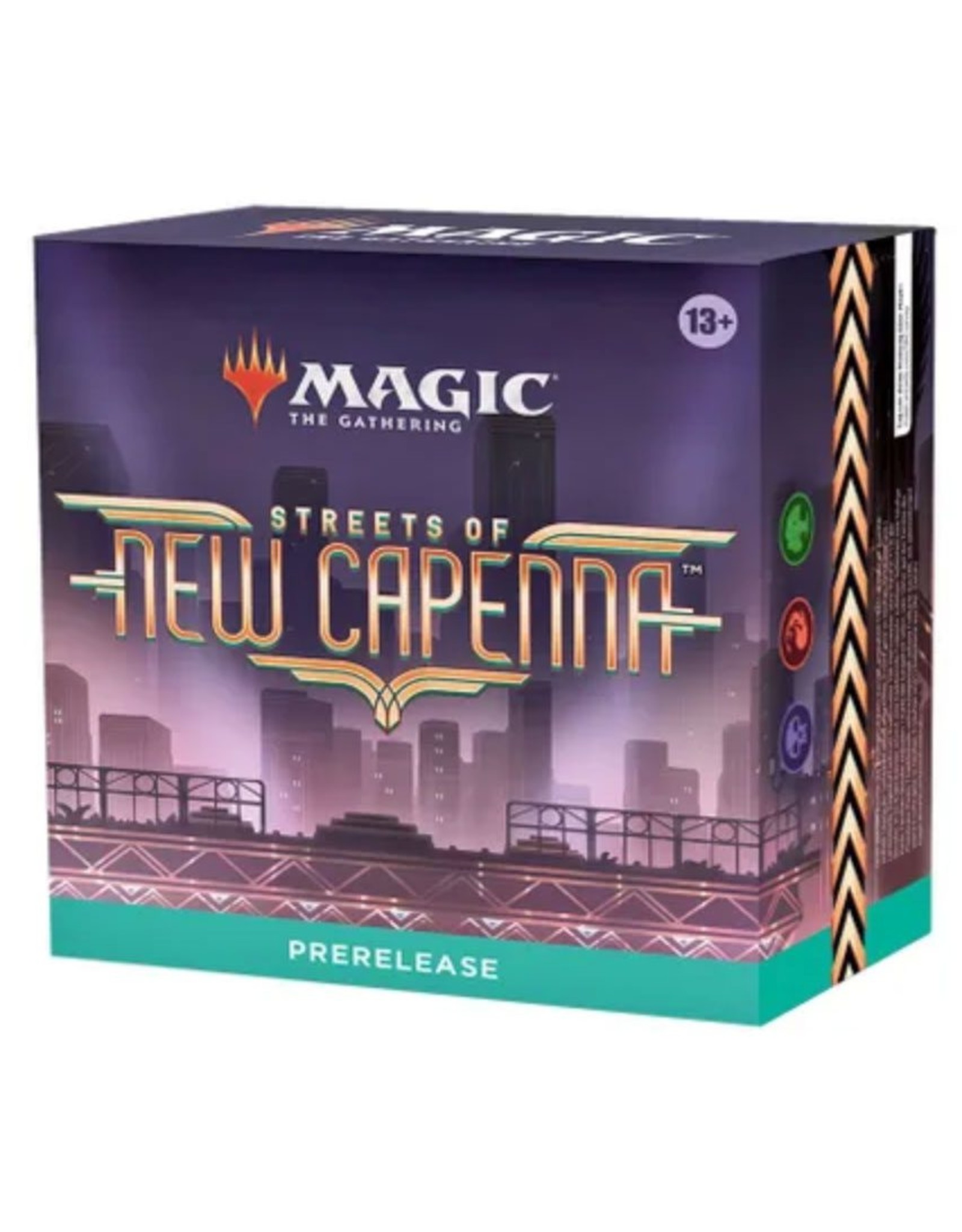 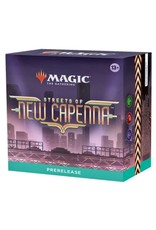 The format for the MTG Streets of New Capenna prerelease events is Limited Sealed. Within the set are mana fixers, fetch lands, and dual-colored tap lands to help players run three-color builds. The SNC family booster pack will contain cards that support each family’s three-color theme. Players can choose to stick with three colors, build a two-color deck instead, or go all-in with a five-color build.

Each of the five crime families within SNC has a three-color representation and its own mechanic.

Sealed builds have a minimum of 40 cards in a deck, with around 17 lands. Players may consider running 18 lands at the SNC prerelease events if running three or more colors in a build. A match is played in a best-of-three format, allowing players to change cards in between games. Rewards for participating at an MTG New Capenna prerelease event will include SNC booster and promo packs.