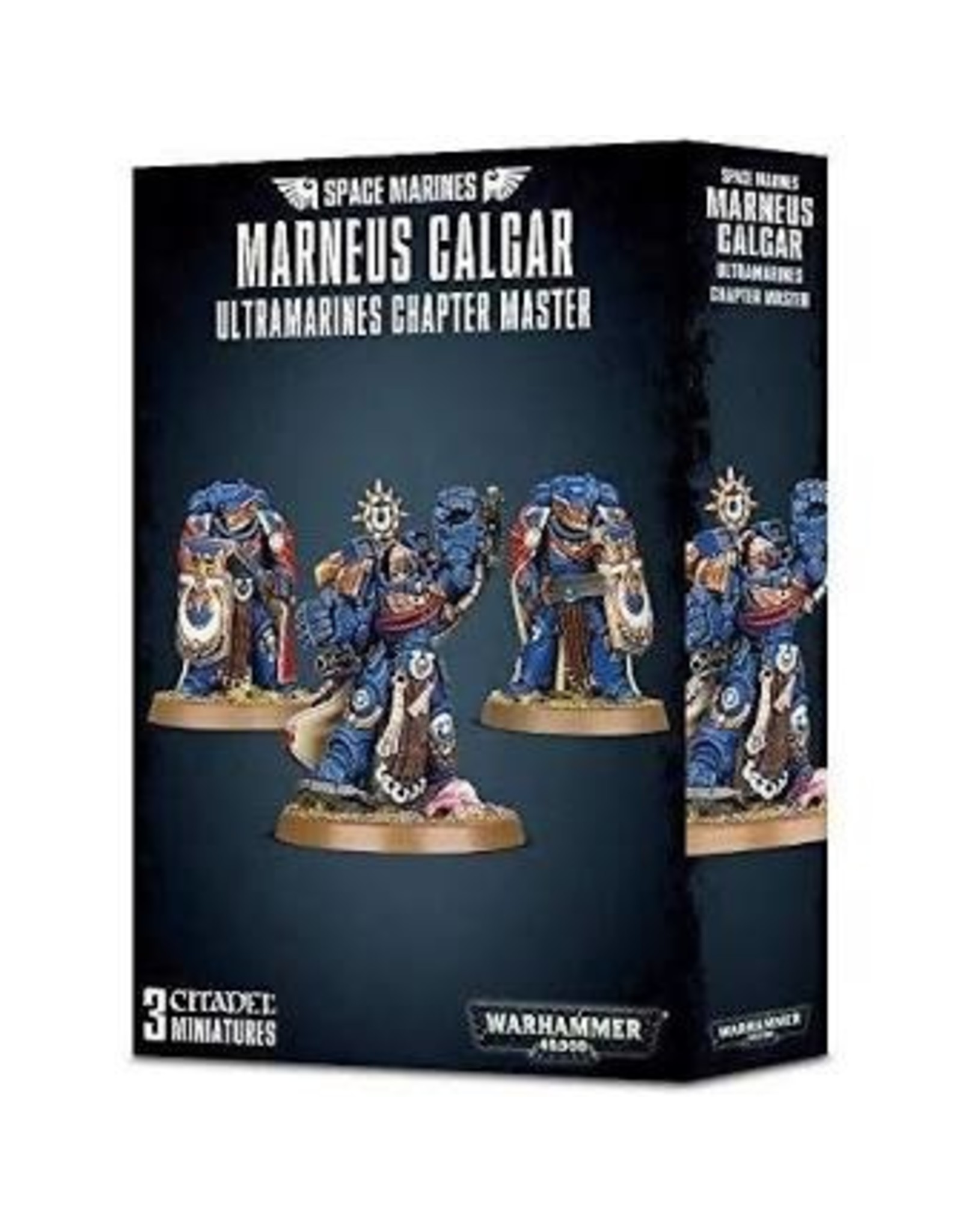 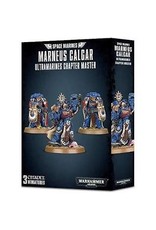 Marneus Calgar, Chapter Master of the Ultramarines, is not only a consummate warrior but also a highly talented strategist. He is master of Ultramar, a vast swathe of space on the embattled Eastern Fringe. He launched the counter-invasion of the xenos-tainted planet of Vigilus with the veteran warriors Lethro Ados and Nemus Adranus - two of his most trusted aides from the Victrix Guard - always at his side.

Marneus Calgar was the first to undergo the extremely risky surgery required to transform a traditional Space Marine into a Primaris Marine, and that is represented with this brand-new model. He makes the perfect leader for any Ultramarines army, while the Victrix Guard gives this unit an even greater degree of survivability and killing power on the battlefield.

- Marneus Calgar is a great addition to any Ultramarines army. Clad in the Armor of Heraclus - a suit of MkX Gravis Armour, and is wielding the legendary Gauntlets of Ultramar, he casts an imposing figure on the battlefield. His armor is adorned with purity seals, laurels, and symbols of the Ultramarines Chapter that stands so defiantly against mankind's enemies. This model is supplied with a 50mm base.

- The Victrix Guard are mighty warriors of Ultramar, whose tactical skill is matched only by their martial prowess. Dedicated protectors, they carry storm shields as ornate and decorated as their armor into battle, while wielding power swords to help them protect Marneus Calgar and dispatch his enemies. This collection contains 2 Victrix Guard miniatures, each supplied with a 40mm base.