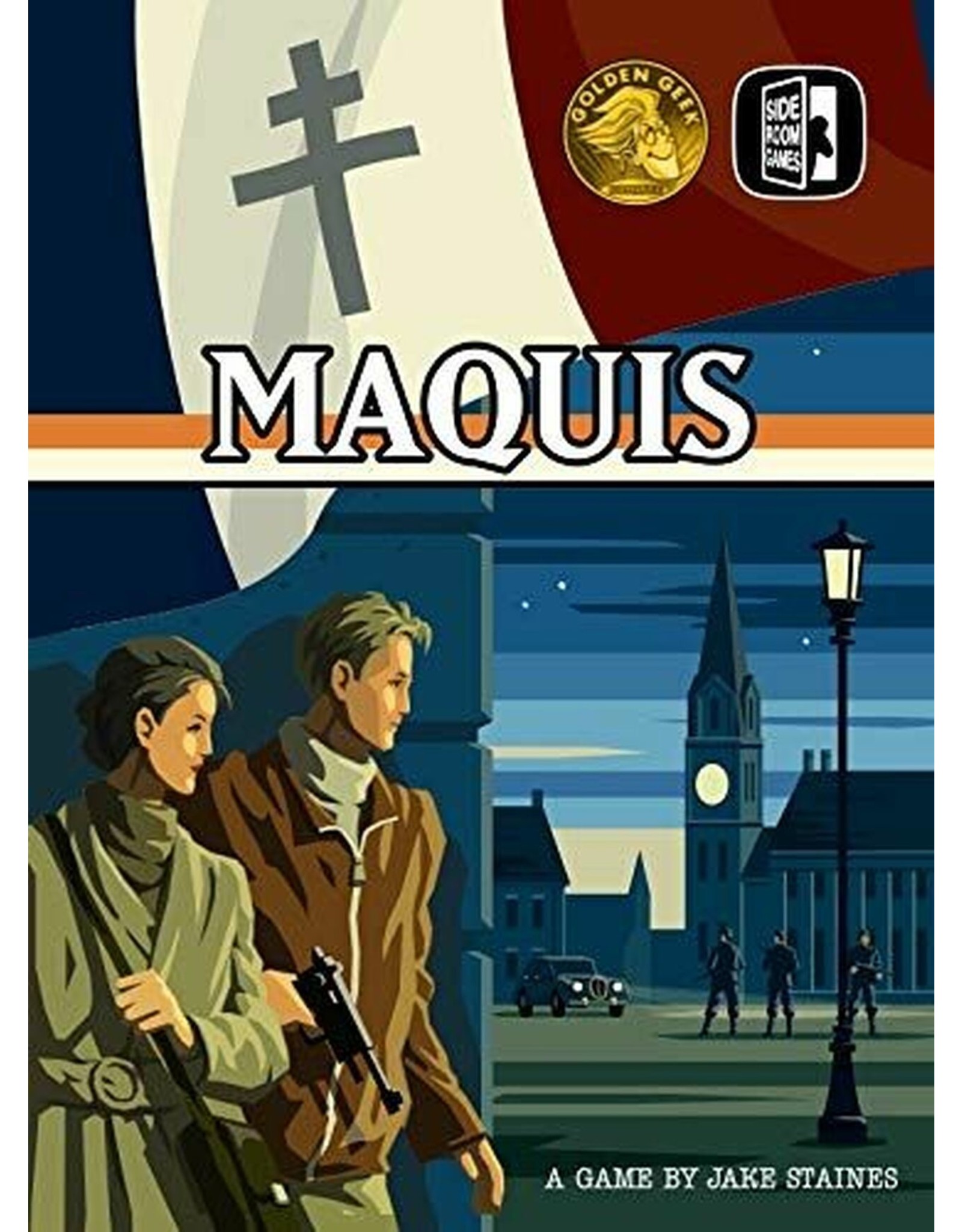 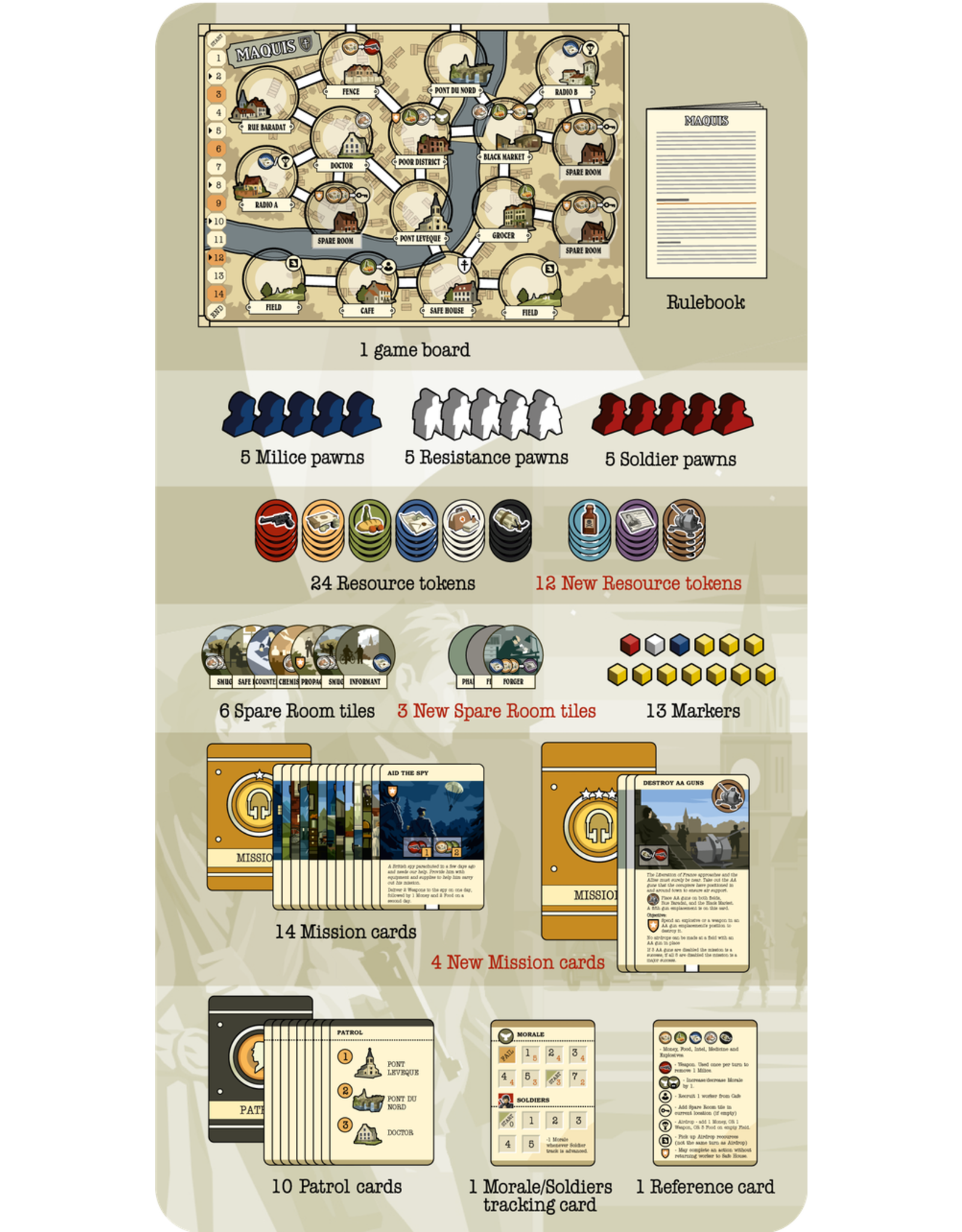 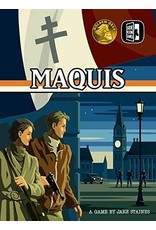 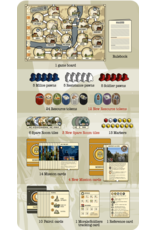 Engage the Nazi occupation of France in la petite guerre to throw off the yoke of the oppressors and free your homeland!

Maquis is a solitaire worker-placement game with variable goals and a play time of approximately twenty minutes. The player places their resistance agents on spaces around town to achieve their goals - blowing up trains, publishing underground newspapers - but at the same time Milice collaborators and Wehrmacht soldiers patrol the area. Agents who can't make it back to the safe house at the end of the day are arrested, and never seen again.

With this new edition, we've added some new components to include some more difficult 3-star missions, some new spare rooms and resources, and made some tweaks to the rules & original components to improve clarity and gameplay.