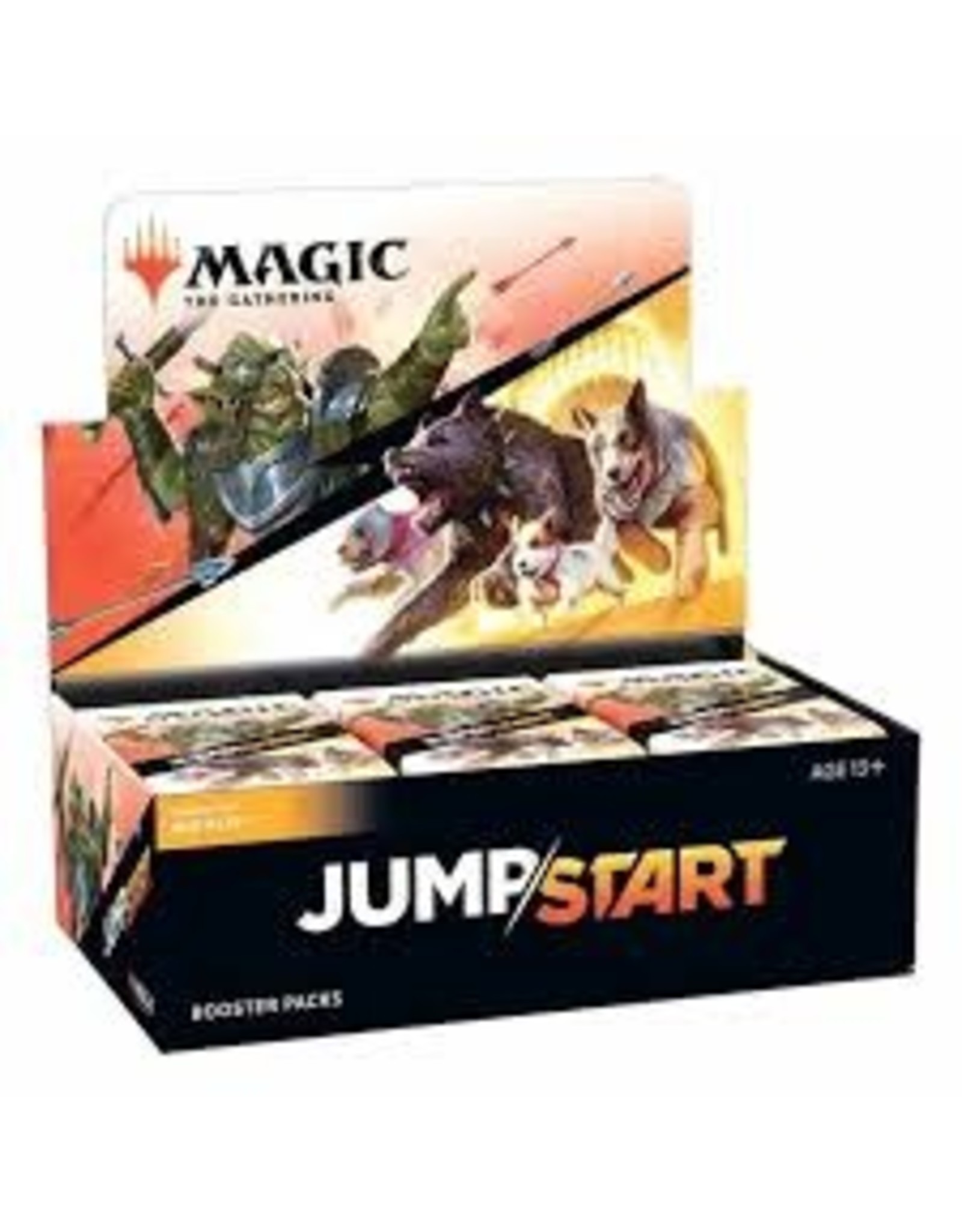 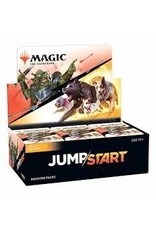 At its foundation, Jumpstart is simple. Grab two boosters, shuffle them together, and you're ready to go. But a closer look reveals an intricate play experience unlike anything in Magic.

It works like this. Each Jumpstart booster includes 20 cards. All 20 cards fit a theme, and most themes have multiple variations—enough to make 121 possible 20-card lists inside any given pack.

Themes range from the familiar ("Garruk") to the curious ("Doctor"), and two themes sometimes come together to form an unlikely mishmash ("Doctor Garruk"). If you've ever wanted to make a Cat Pirate deck well, meow is the time. There are even special "Mythic Rare" packs that don't have variations at all—just the one card list—because there is only one true Unicorn deck.

Jumpstart is different than anything we've done before, so here are some key things to know about this product releasing on July 17.

We also plan to bring this fun play experience to MTG Arena sometime this year! Jumpstart cards on MTG Arena will be legal in Historic.