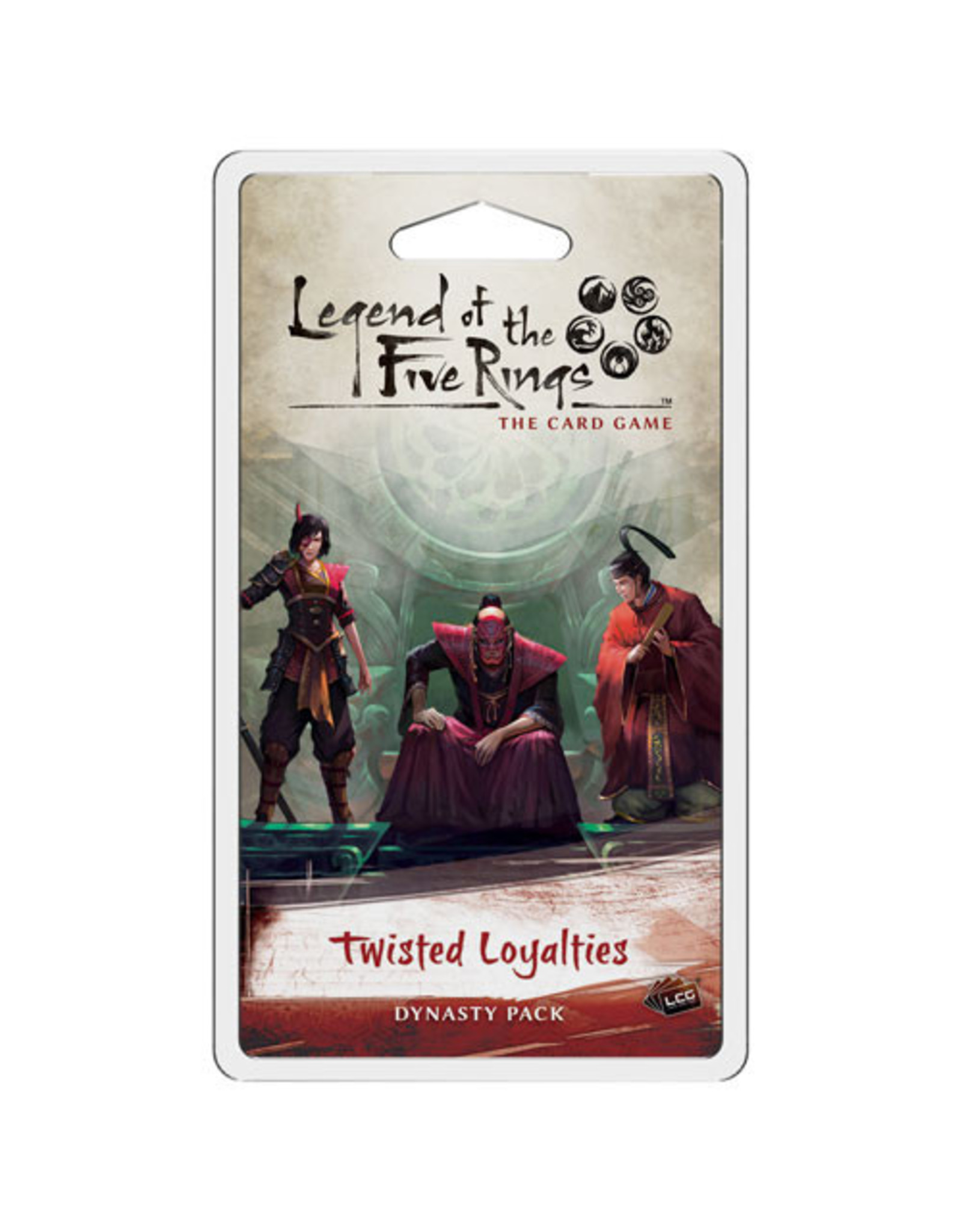 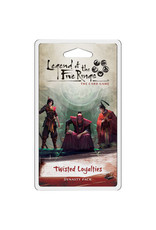 Twisted Loyalties is the first Dynasty Pack in the Temptations cycle.

Throughout history, the Great Clans of Rokugan have held strong to their beliefs. Whether it is the Crab Clan's adamant defense against the Shadowlands, the Lion Clan's pride in battle, or the Scorpion Clan's resolve to do whatever is necessary to serve the Emerald Empire, each of these seven great powers has an ideal that they uphold, a purpose that has become almost synonymous with the clan itself. Steadfast and true, each of the Great Clans walks their respective paths with unflinching resolve.