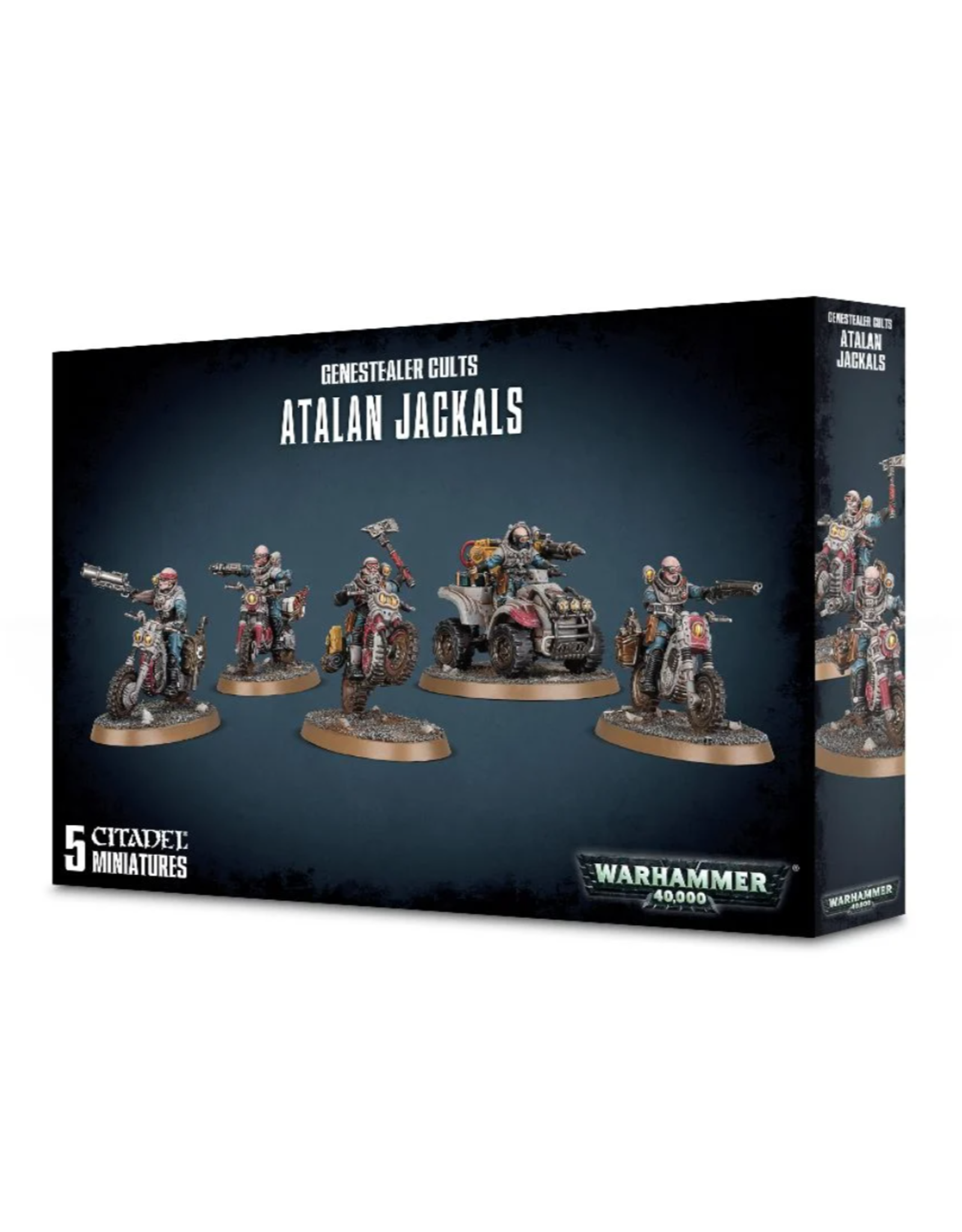 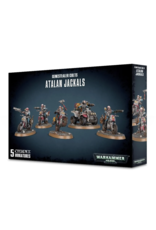 Atalan Jackals are fourth generation Neophytes who form the outriders of their gene-sect. They roam the corners of the host planet in search of new regions for their cult to infest.

Atalan Jackals provide fast-moving firepower and rapid assault support for your Genestealer Cults army. Capable of traversing the battlefield with incredible speed, they're great for exploiting weak points in your opponent's line or snatching key objectives.

This set builds one squad of 5 Atalan Jackals – four on dirtcycles, accompanied by an Atalan Wolfquad. You'll be able to customize your squads with a host of melee weapons, blasting charges and ranged weapons, letting you kit the unit out for a range of battlefield roles. Likewise, the Wolfquad features options for a mining laser, Atalan incinerator or heavy stubber, offering you even more flexibility. All arms in the kit are interchangeable with one another, and you'll have a huge choice heads and accessories to individualize your models.

This kit is supplied in 89 plastic components and contains 4x 60mm oval bases and 1x 60mm round base.