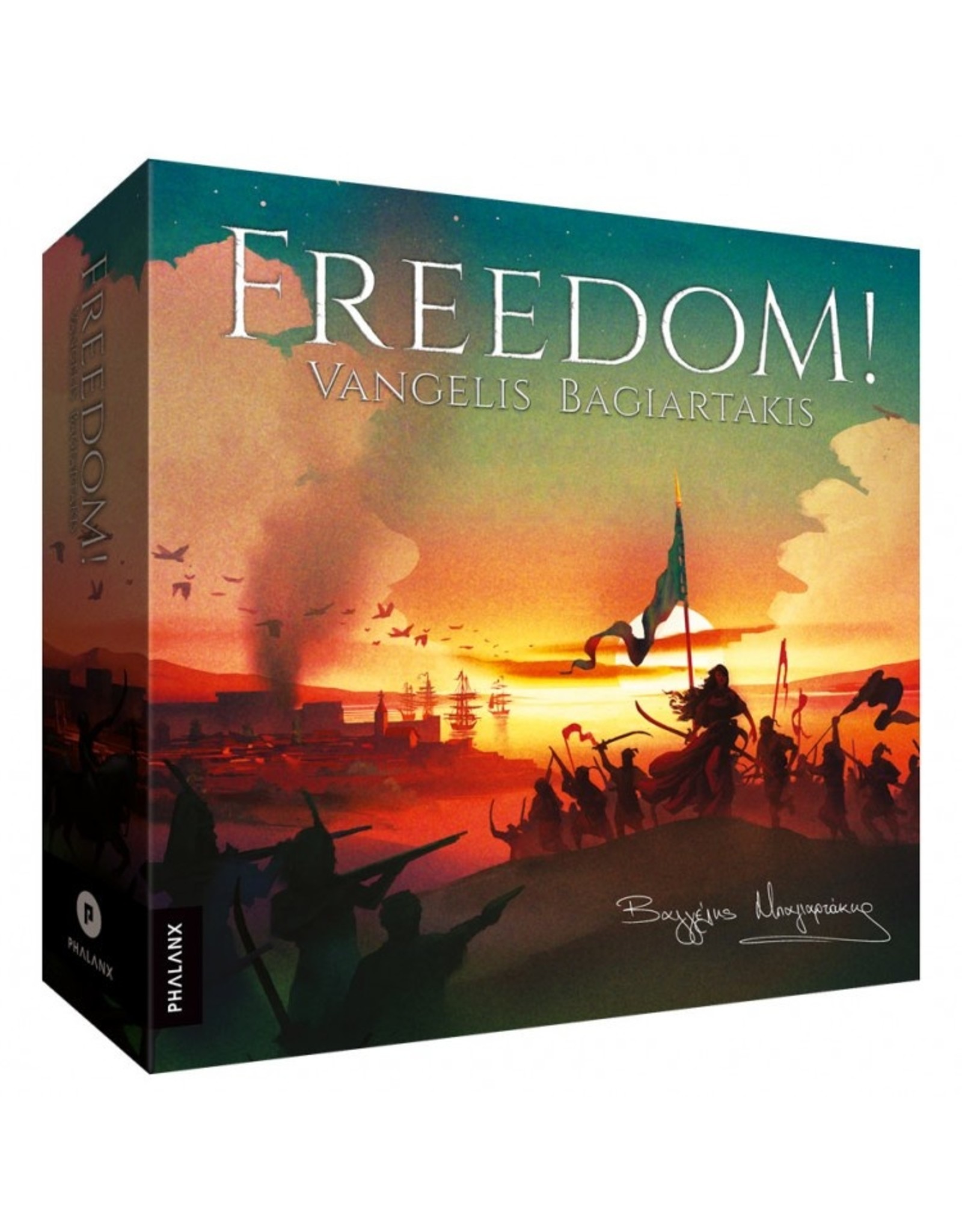 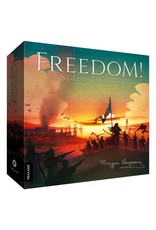 Freedom! is a siege game, a test of will, endurance, and tactics between the besieged Freedom Fighters and the besieging Imperial Forces, who have come to crush the rebellion. This asymmetrical game represents the history of the siege of a Greek Holy City (Messolonghi) by Ottoman forces during the Greek War of Independence (1821-1829). The battle takes place in two maps: one showing the actual city and the forces involved in the siege, and one with the surrounding areas, highlighting the support that each of them provides to both players.

The goal of the invading forces is to manage to get inside the city before the end of the game or force the citizens to abandon it when their morale went down to zero. The defenders try to withstand the siege and protect the city long enough for the invaders to abandon their attempt deciding to leave on their own or by their morale going to zero.