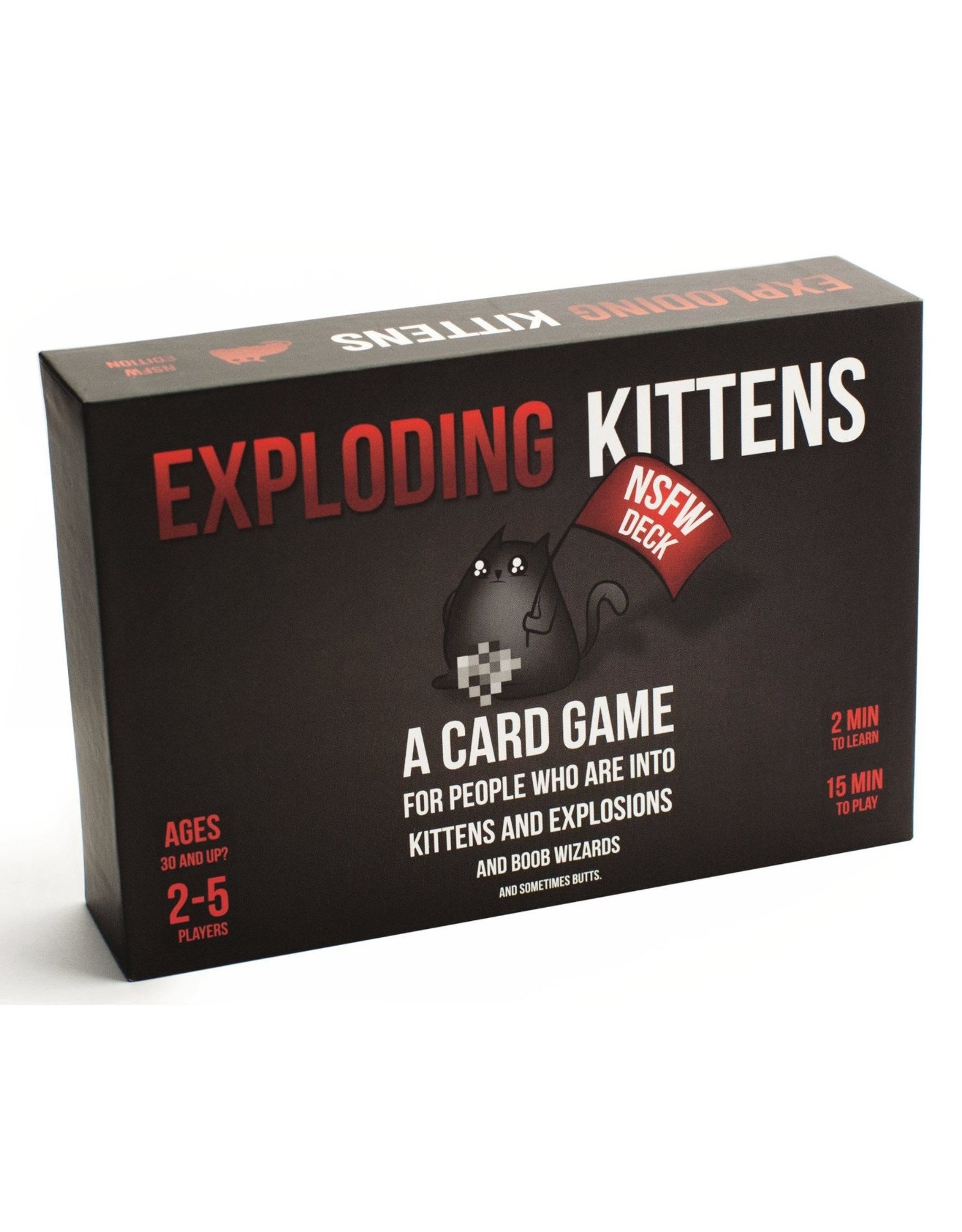 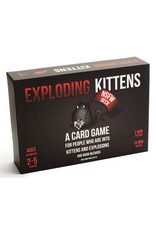 A card game for people who are into kittens... and explosions... and laser beams... and sometimes goats. Exploding Kittens is a highly strategic, kitty-powered version of Russian Roulette. Players try to avoid drawing Exploding Kittens (which boot them from the game) using dirty sasquatch underpants, releasing the torture bunnies, and drinking an entire bottle of bald eagle tears. This game is wonderfully inappropriate, super fun, and easy to learn. The NSFW version of the game contains the full version of Exploding Kittens, but the artwork on each card has been replaced with content deemed `too horrible and amazing` to be used in the standard Exploding Kittens game!