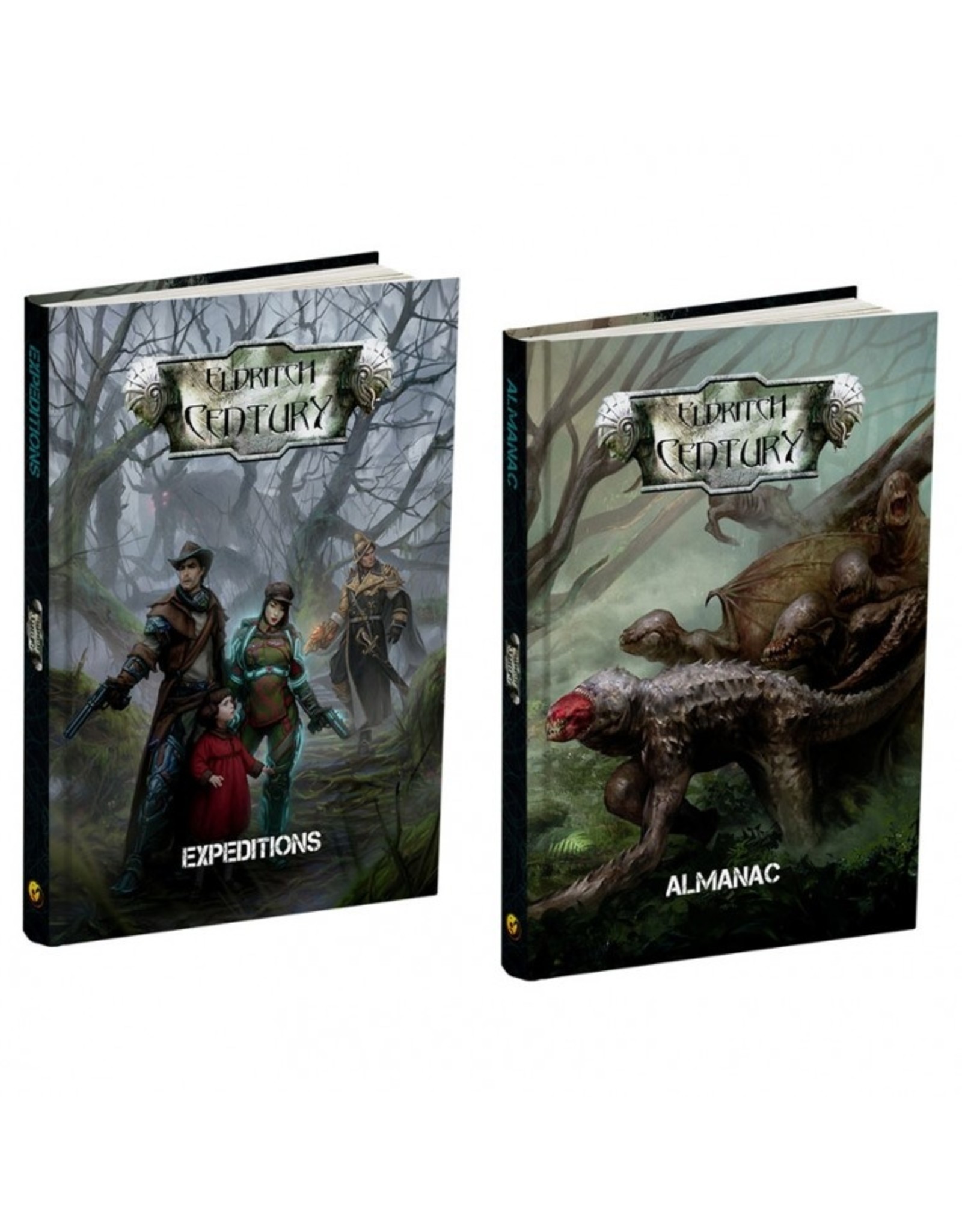 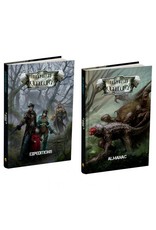 A two-book slipcase holding the Wounded Earth. Eldritch Century is a sci-fi horror roleplaying game where each player will take on the role of one of the many agents in a 1986 alternate Earth where a great fog has swallowed Europe. Inside all has been corrupted past the veil of sanity; outside, the world as come together in factions. These factions, political agreements and alliances among nations, are in an eternal struggle for power and growth each with its own agendas and grey moralities.

The first book, Expeditions, is a compilation of rules. Here, the Draco system is exposed, a d20-based system that links the universe to the rules of the fifth edition of the world's most famous role-playing games. It also details the power system, which allows for players to modify their powers for a plethora of effects. The second book Almanac, detail the factions that make up the world, their famous characters, their personalities, and their technologies and powers.