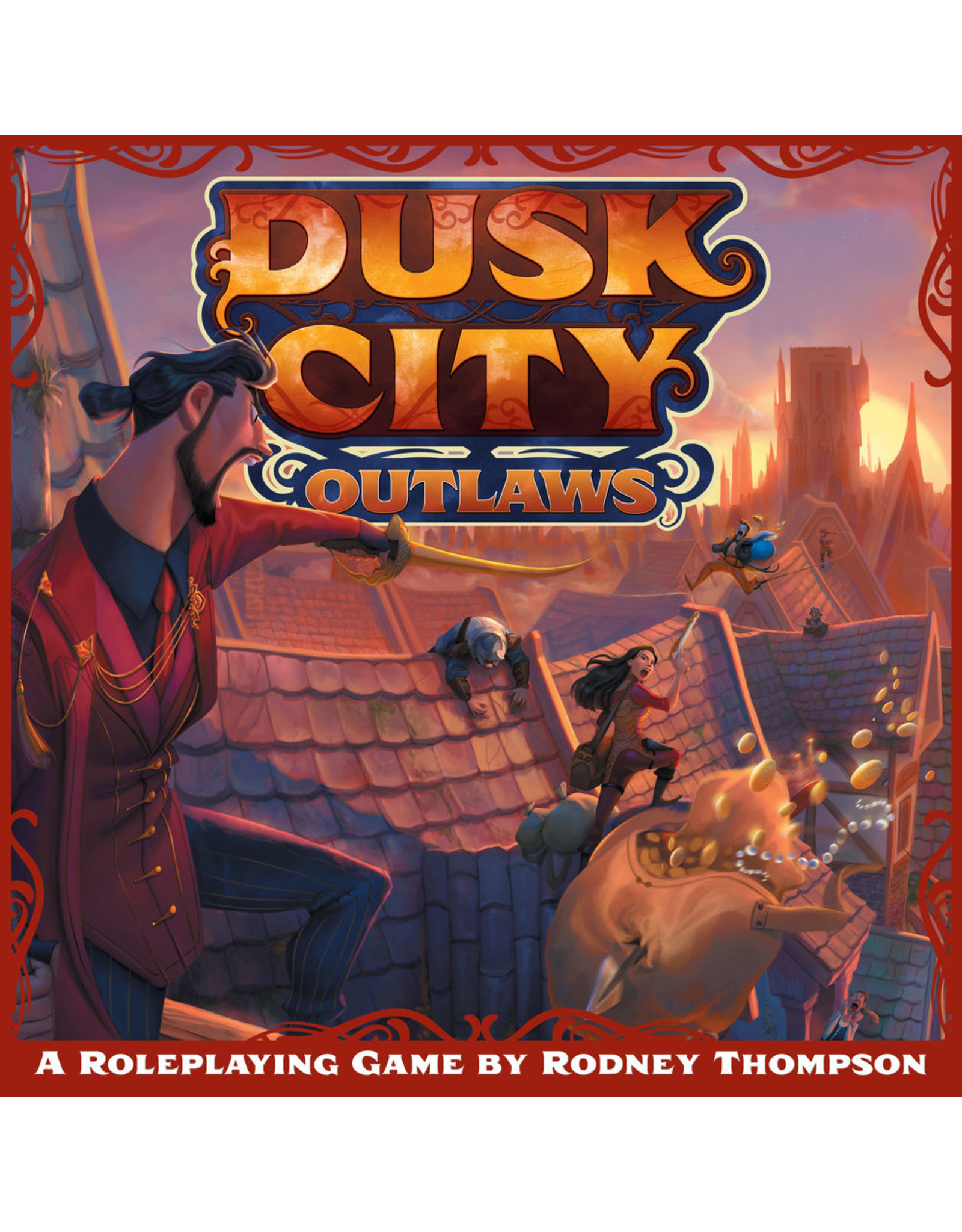 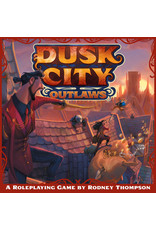 Dusk City Outlaws is a tabletop roleplaying game for 3-6 players, set in the sprawling city of New Dunhaven. In this game, the players take on the roles of criminals on the wrong side of the law, collectively known as the Right Kind of People to those who run in outlaw circles. These criminals come together to form a crew, and take on a Job, a criminal enterprise brokered to them by a third party.

Each member of the crew is a member of one of the eight cartels that rule over the city’s criminal underworld. These cartels each have their own turf, their own specialties, their own motives, and their own methods, but they are all bound together by the Arrangement, an agreement that the cartels entered into to preserve themselves against too much infighting. In short, the cartels agree that they have enough enemies without warring with one another, and that they all want the same thing: to get rich. The cartels agree to respect each others' turf, and while some bickering and fighting is allowed, large-scale conflict is forbidden, and revenge is frowned upon.

To maintain this peace, when someone from the cartels has a Job they want done, they call upon the crew, which has members from several cartels, to pull off the Job. Each cartel gets a cut of the take from that Job, and the crew gains some wealth, prestige, and influence, plus the promise of future Jobs from those brokers.

Once the Job has been assigned, the crew must come up with a plan, do the legwork to set it into motion, pull off the plan, and then survive long enough to get paid.

Lacking a quorum from your usual game group and don't want to play a session of your usual campaign? Having an impromptu game night and wanting to play a roleplaying game? At a convention and looking to fill an evening with friends? Dusk City Outlaws is designed to be played with minimal preparation. Once all of the players know the rules of the game, you can start playing a scenario with brand-new characters in a matter of minutes. Character creation is fast and easy, and the game comes with ten fully designed scenarios and rules for introducing challenges and antagonists on the fly to eliminate the need for lots of before-the-session prep work.

Urban Sandbox on a Massive Scale

In Dusk City Outlaws, there is no "right" way to handle the Job. The members of the crew formulate their own plan and put it into motion however they like; the Judge does not need to plan out plot twists and a complete narrative arc, only react to the actions of the players. New Dunhaven itself is a massive urban environment on the scale of modern-day New York City, giving the players nearly limitless freedom for the scope and details of their plan. Dusk City Outlaws uses sandbox play, accompanied by robust systems to help the Judge improvise, to give players ultimate freedom and eliminate the need for lengthy scenarios.

Included in the Box Set...