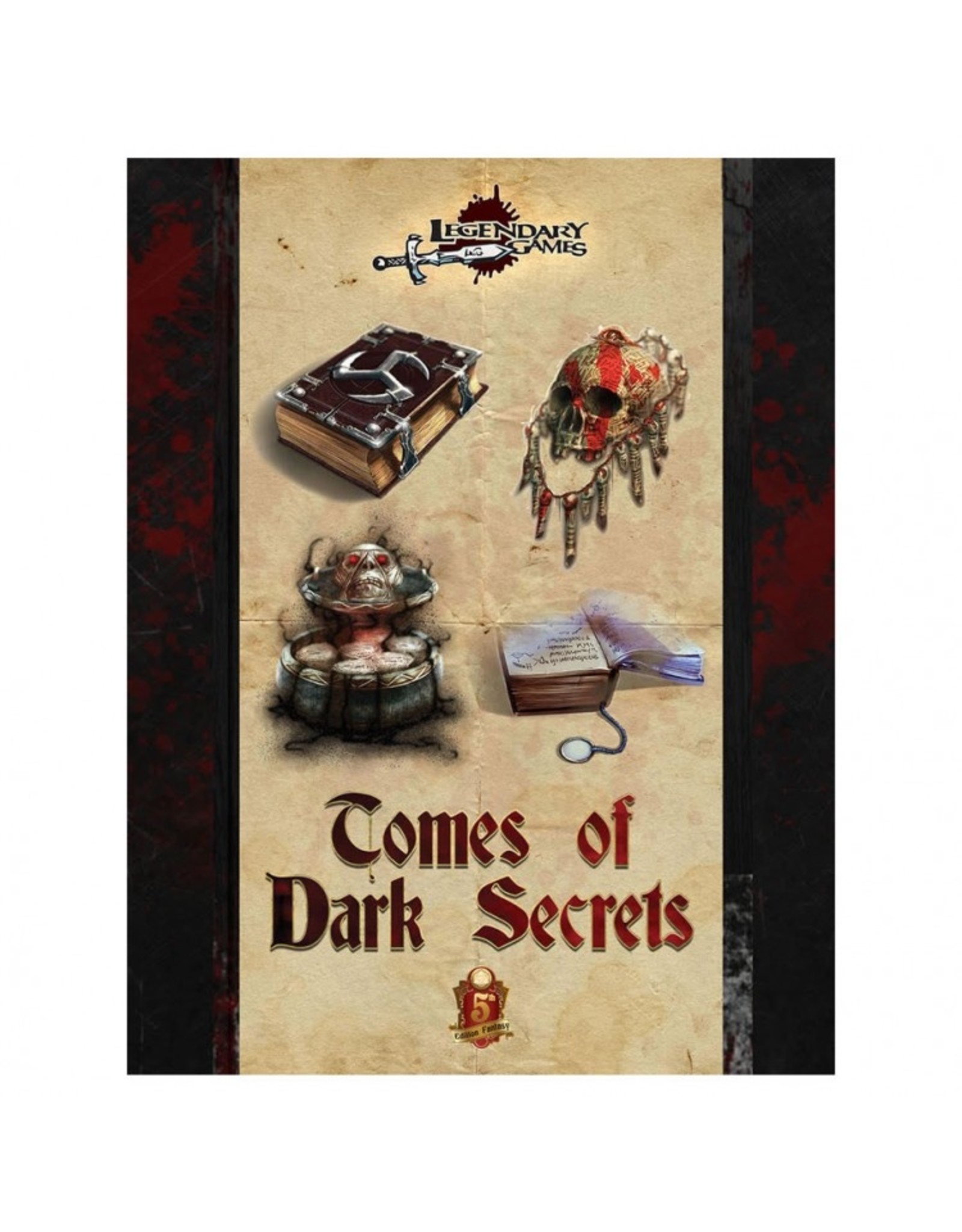 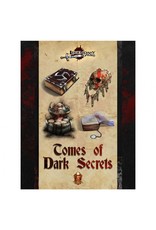 Blasphemous Books and Malevolent Mysteries. Tomes of Dark Secrets brings a new level of horror to your 5E campaign with sinister spellbooks and creepy compendiums of eldritch lore that delve deeply into secrets man was not meant to know! You’ll find five richly detailed books of magic herein, each with detailed history and lore, unique secrets to offer, and a terrible price to pay for that power. On the Inverse Calculus of Unseen Refraction probes the unseen depths of alchemy, invisibility, and never having to look yourself in the mirror. Sepulchral Swaths of Tanoth-Gha, a cultic treatise to primordial things venerated in the dawn ages before civilization yet arose. Spellbones of the Devourer, an engraved fetish of primitive cannibal cultists. The Necrotic Verses, a musical magnum opus of madness and misery. To Serve a Prince Undying, a paean to purity and perfection, the sin of mercy, the virtue of fear, and the triumph of the will. With three dozen brand-new spells, feats, class abilities, monsters, and creature templates, Tomes of Dark Secrets is an amazing accessory on its own and is an ideal companion to add a touch of magic and madness to your campaign! Whether you’re playing a full-on horror campaign like the official Curse of the Vampire saga or just want to add an element of atmospheric evil to your 5E game, grab this 30-page tome of terror today and Make Your Game Legendary!