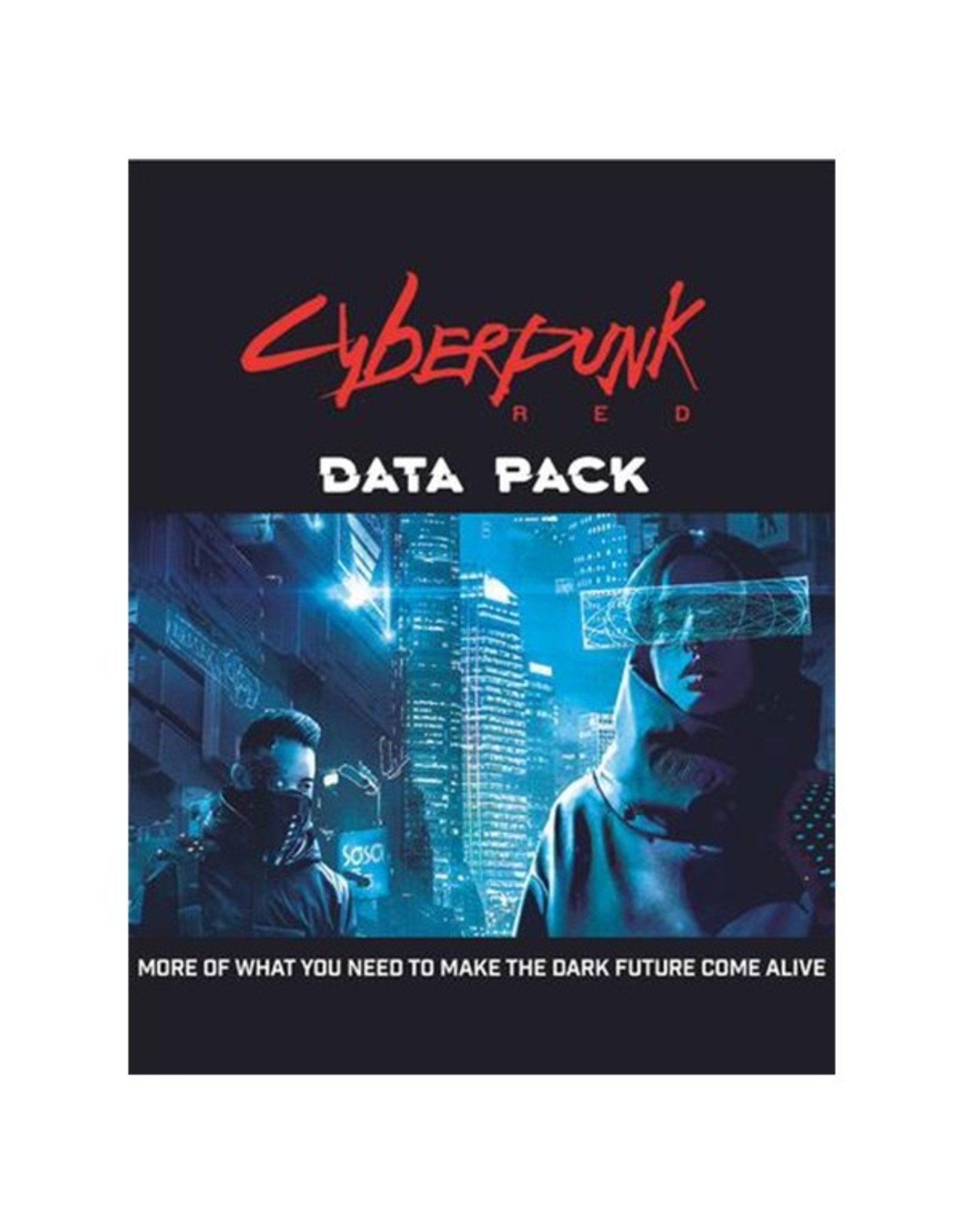 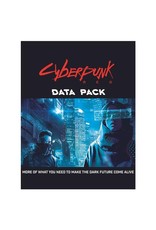 When you’re stalking the streets of Night City, it pays to know the locals and where they’re lurking. One wrong move and you could end up as Bozo bait or worse. And when you’re the GM of a Cyberpunk RED game, knowing the score is even more important. Otherwise, your RED adventure might bog down in a ton of tiny stuff that can make or break a good game.

But fear not, chooms. Because we’ve got you covered with a fistful of tools useful for GM and player alike—the Data Pack. In this handy folio, you’ll find:
- Twelve maps featuring environments every Cyberpunk RED game needs, including combat zone intersections, highway overpasses, badland wastes, and Megacorp helipads.
- A handy set of encounter tables to bring your Night City to life, including subway strangers, Night City hotspots, badass freelancers, and Midnight Market stalls.
- A stash of official Cyberpunk RED Character sheets.
- And a bunch of all new, ready to run Screamsheet adventures that can be used with all the stuff above!