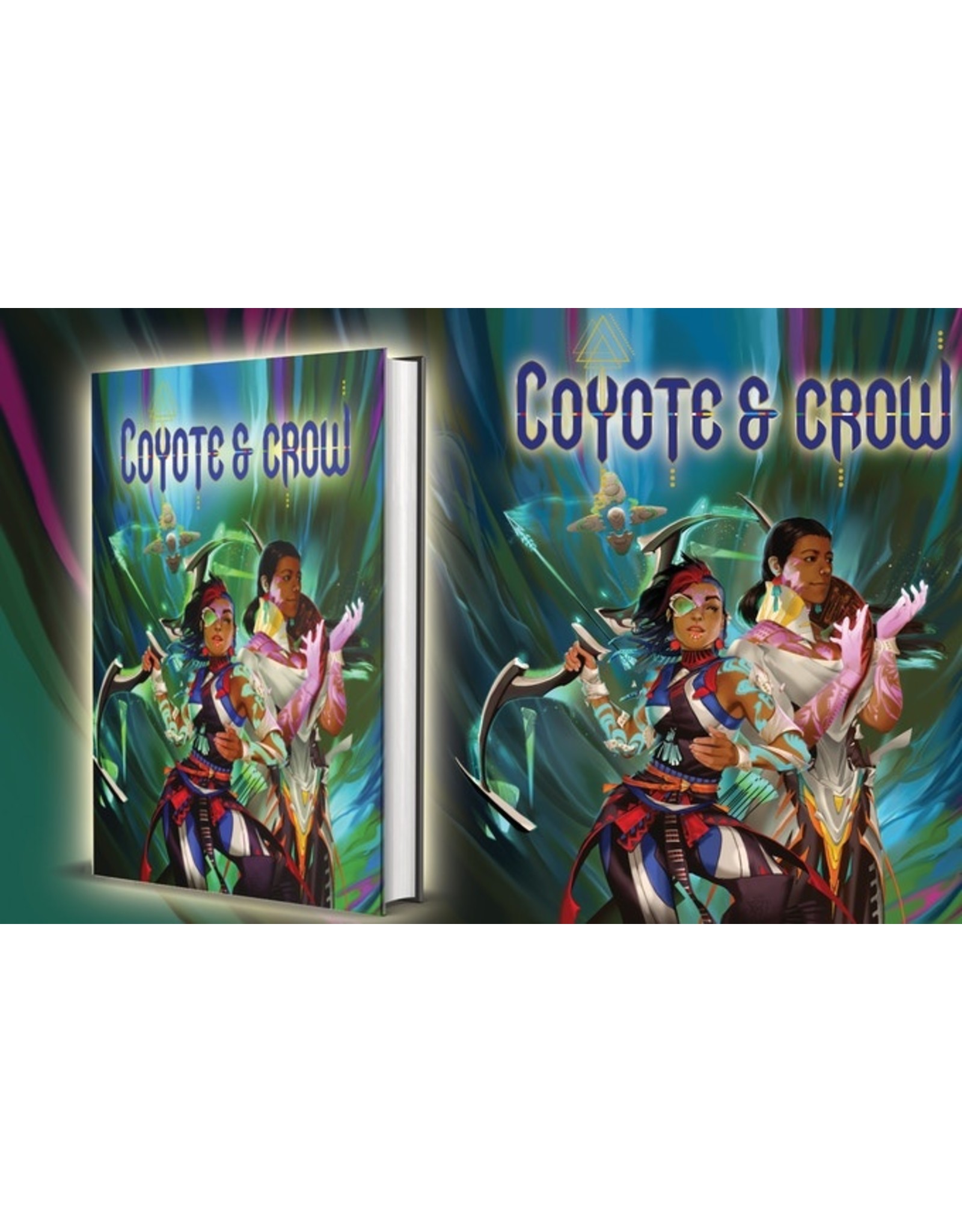 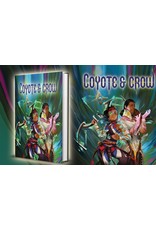 Coyote and Crow is a tabletop role playing game set in an alternate future of the Americas where colonization never occurred. Instead, advanced civilizations arose over hundreds of years after a massive climate disaster changed the history of the planet. You'll play as adventurers starting out in the city of Cahokia, a bustling, diverse metropolis along the Mississippi River. It's a world of science and spirituality where the future of technology and legends of the past will collide.

The game is created and led by a team of Native Americans representing more than a dozen tribes and we've built a game that both Natives and non-Natives will thrill to explore and build upon.

More than 700 years ago, a bright purple streak shot across the night sky. Over the coming weeks, the Earth fell into a deep winter, the seas raged and ash rained from the sky. The event became known as the Awis. As resources dwindled, winter became longer and summer shorter, people struggled to survive. Wars erupted, people starved, some fleeing their ancestral homes before creeping ice sheets.

But people survived. Tribes adapted. And in the wake, people began to notice a strange purple mark appearing on people, plants and animals alike. It became known as the Adahnehdi, the Gift, and many took it as a sign that the Great Spirit had not given up on them.

Eventually, the weather began to ease, the Earth began to heal, and new nations arose. New sciences and technologies, born out of necessity, led to a discovery about the Adahnehdi. It wasn't just a mark, it was a path to abilities and powers, beyond normal human limits.