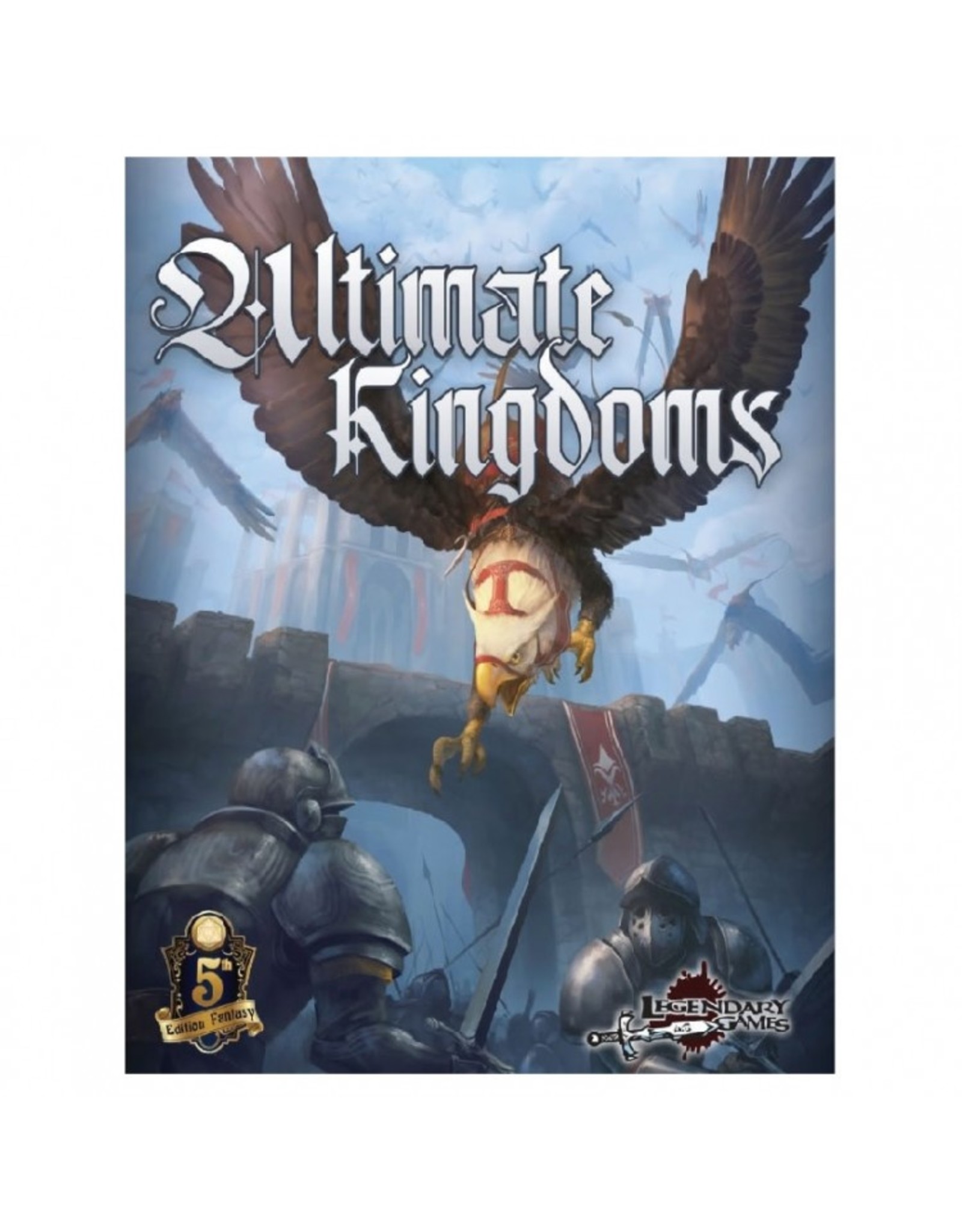 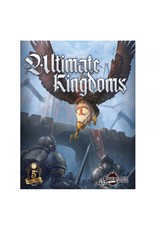 It's Good to Be the King! Ultimate Kingdoms takes your 5E campaign beyond dragons and dungeons to gain wealth, power, and influence in your favorite fantasy world! Within this beautiful book you'll find a comprehensive system for founding and ruling a kingdom of your own. Tame the wilderness to establish your cities, filling them with loyal citizens and monuments to your glory, as the cleverness of your edicts and the wisdom of your building decisions combine to create a kingdom that will outlast you. Engage in diplomacy, trade, festivals, espionage, and everything a mighty ruler must manage to keep their nation prosperous and happy.

Of course, no kingdom is ever truly safe, and Ultimate Kingdoms provides a detailed yet easy-to-use abstract mass combat system that incorporates battles on land, sea, and air in a single integrated rule set, with flexible tactics, commanders, and both simple and advanced options, alongside bonus rules for sieges, logistics, battlefield terrain and weather, and more! Over and above ruling a kingdom and waging war on a large scale, Ultimate Kingdoms contains expansive rules that can be used in any 5E campaign or adventure, such as:

Your characters can become much more than just adventurers with Ultimate Kingdoms, and each subsystem presented here stands easily on its own but also has connections to the other rules in this book. This modular design lets you use any or all of the different parts of this book in your campaign to tailor these options for you and your players. Your heroes have beaten the bandits, overcome the orcish onslaught, and defeated the dragon, but in between their adventures your heroes would rather return home to a mighty throne instead of a warm campfire, now they can with Ultimate Kingdoms! Grab this fantastic 384-page 5th Edition rules expansion today and Make Your Game Legendary!