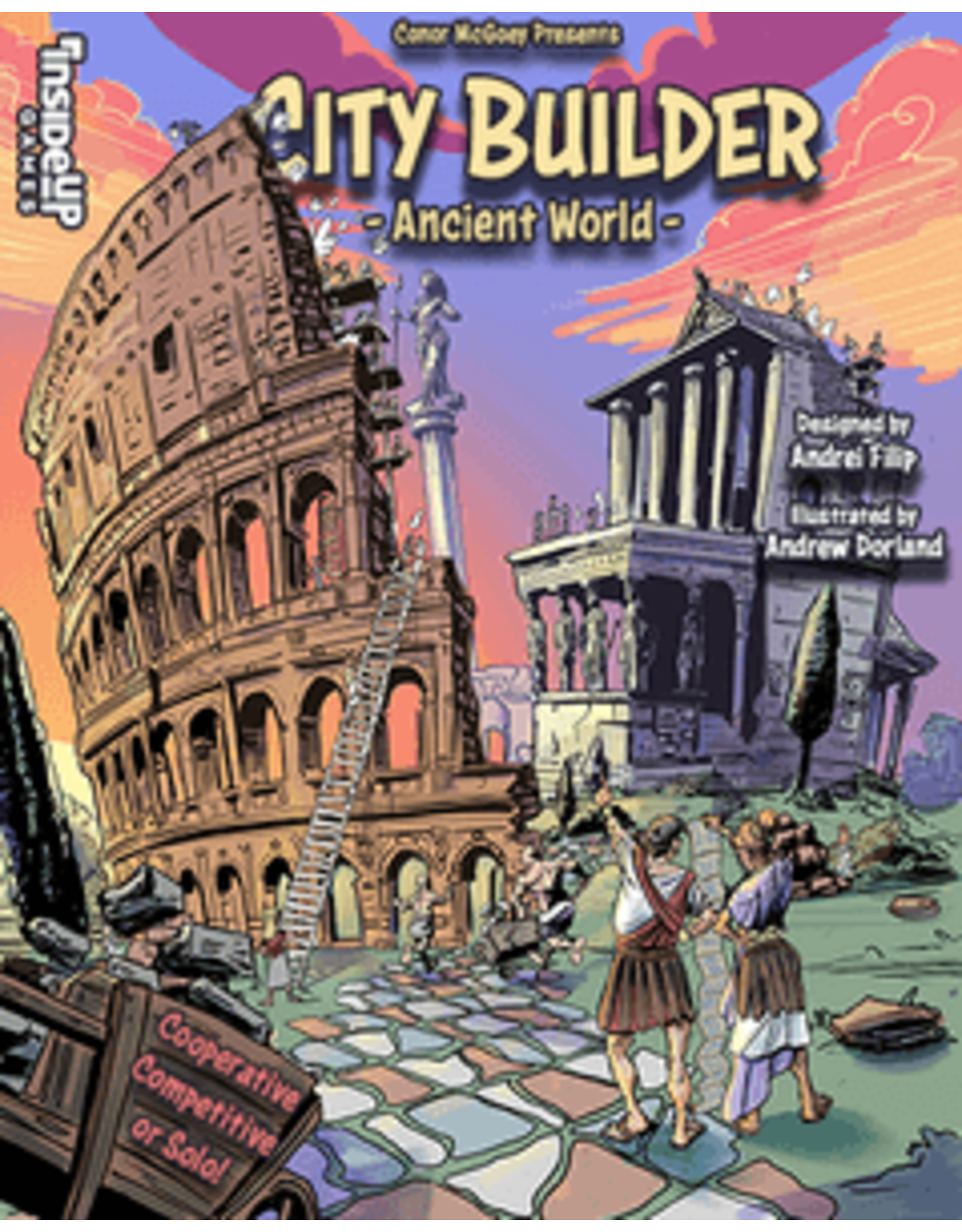 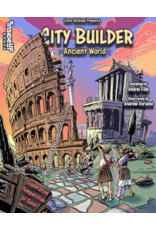 City Builder: Ancient World is a tile-laying game for 1-4 players, which can be played competitively, cooperatively or solo. Players are magistrates sent to a newly conquered province to build cities and help spread Roman influence in the area. By employing clever planning, they must grow their cities to meet the demands of incoming settlers, as well as build imposing Monuments to please their emperor.

Competitive Objective:
To win, players must build impressive Monuments and fill their city with incoming settlers. Monuments have unique scoring bonus that will only apply to the city they are built in, while claiming settlers unlocks the point value they are covering.
At the end of the game, players will add up their scores and the player with the most victory points is declared the winner. This player is awarded governorship of the province with their city being named its new capital.

Cooperative Objective:
The emperor wants to increase the efficiency and profit of each of his provinces. As a group of magistrates you must work together to ensure your province doesn’t displease him, which would result with you losing your position—and your possibly your head.
Follow the emperor’s Edict, complete his preferred Monuments, and plan carefully to make sure you all stay off the chopping block!