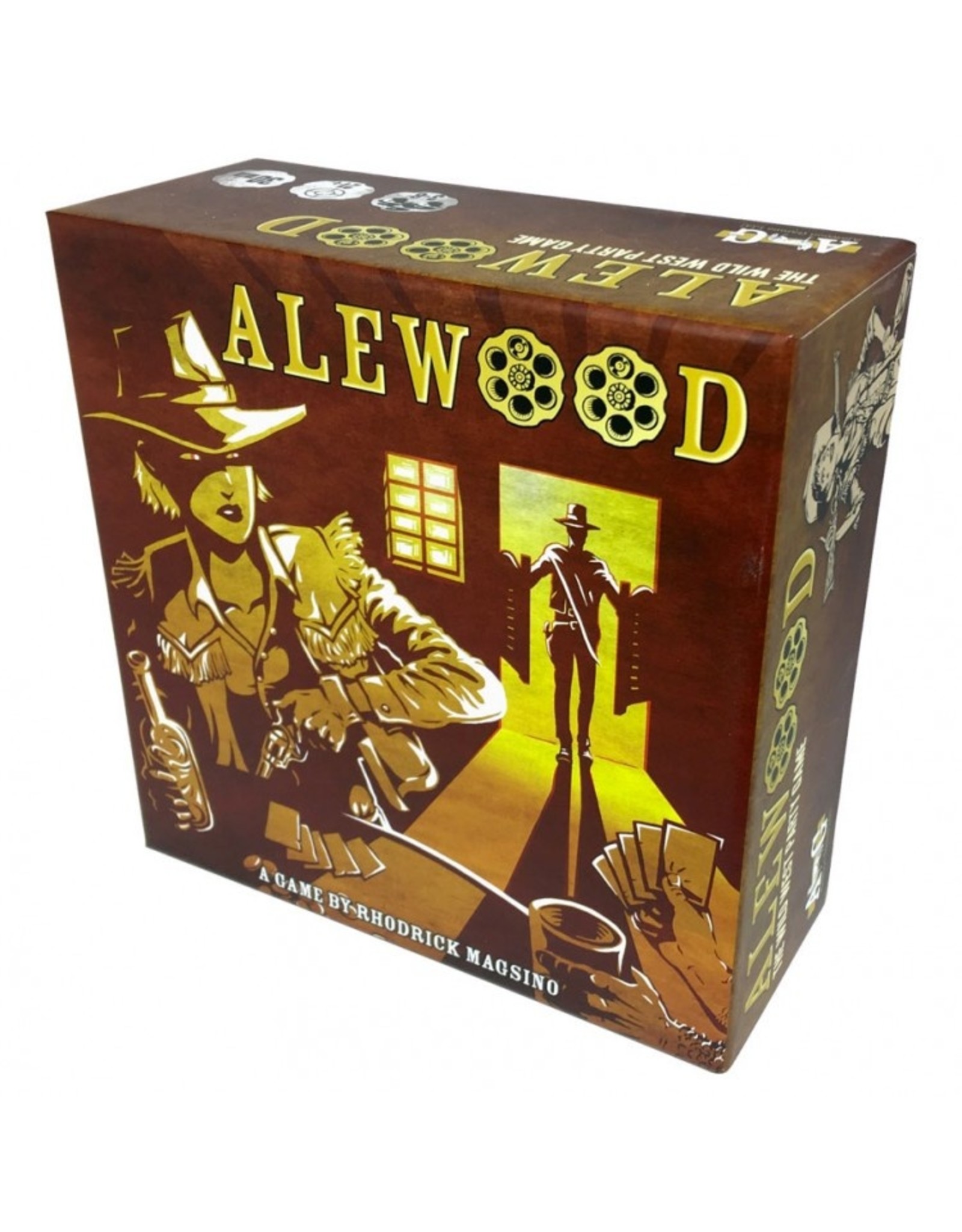 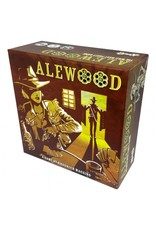 Alewood is an inclusive Wild West roleplaying drinking card game where alcohol and consumption are optional but silliness is absolutely required. It re-imagines the drinking game format by rewarding rambunctious roleplaying and allowing players to only drink as much or as little as they please. Players roleplay as the various townfolk (the banker, the doctor, the saloonist etc) working together to defeat the Outlaws but only one player will win the game with the highest bounty amount. Players will use their unique character Grit-Meters to measure their pint glass anytime a shootout begins to determine their shooting initiative. Each meter is arranged differently and only players landing the killing shot will collect the bounty - so faster isn't always better and drinking less may give you more. Cards are strategically used to give yourself flexibility on the initiative or (more importantly) to hinder other players by giving them silly acting prompts to follow. Hinders pile up fast if you're not careful and if you're caught not performing your prompt, you're punished by discarding the precious ammo you've been working so hard to collect. There can be no bounty for those without bullets.

Drinking can alter your in-game strategy and earn you upgrades and everything achievable by consumption can also be done through card play and game manipulation so anyone can be a threat at the table. Blast through the evening as you sling pints and perform hilarious character prompts turning your game night into an event to remember!