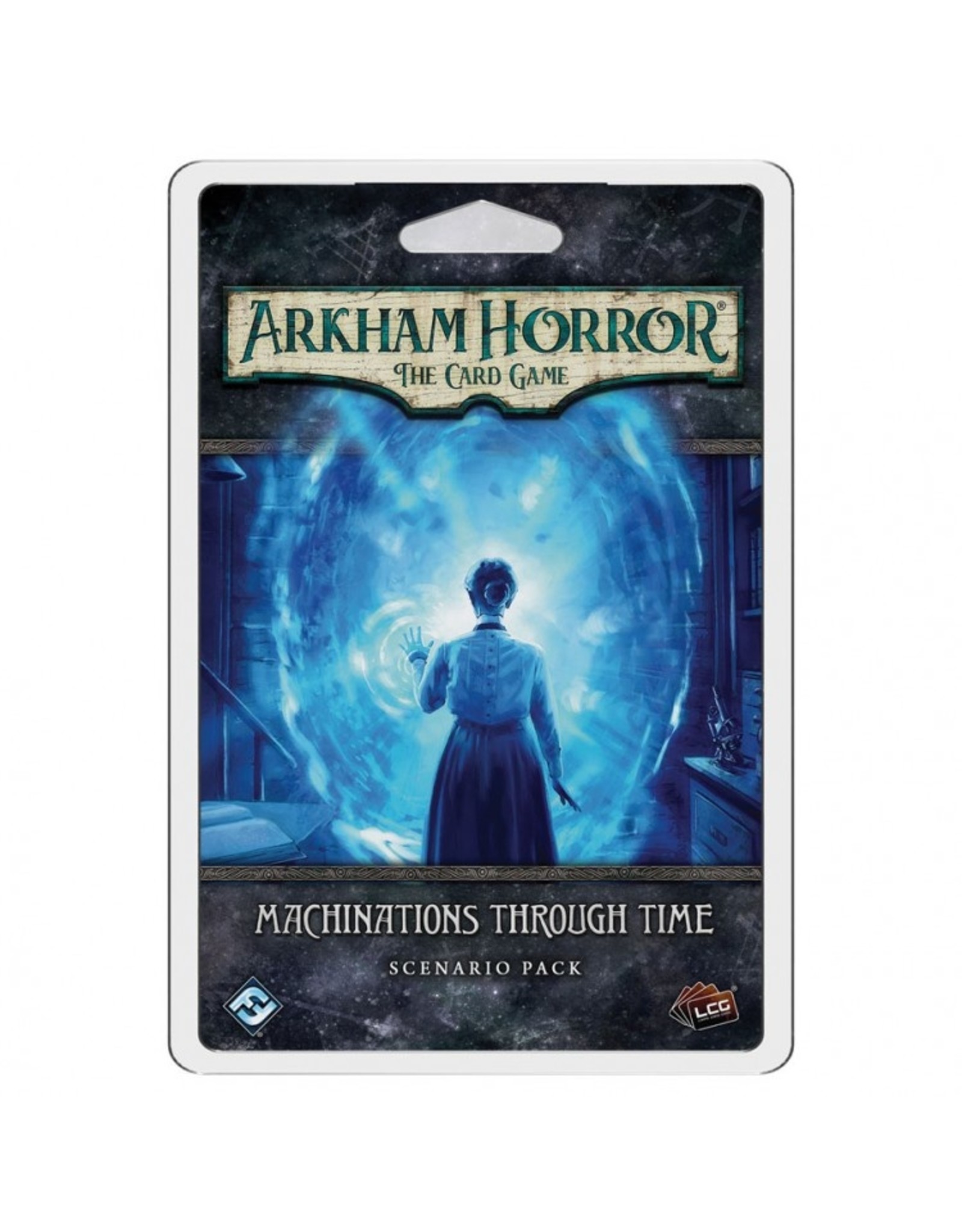 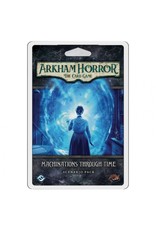 There Has Been a Distortion in Time...

Something is wrong. Nobel Award-winning scientists and their revolutionary discoveries have vanished. This ripple in reality is a loss for humanity, and it must be restored. In Machinations Through Time, a unique 78-card scenario for Arkham Horror: The Card Game, investigators travel through the past, present, and future to repair the broken timeline, while the minions of Tindalos hound them relentlessly.