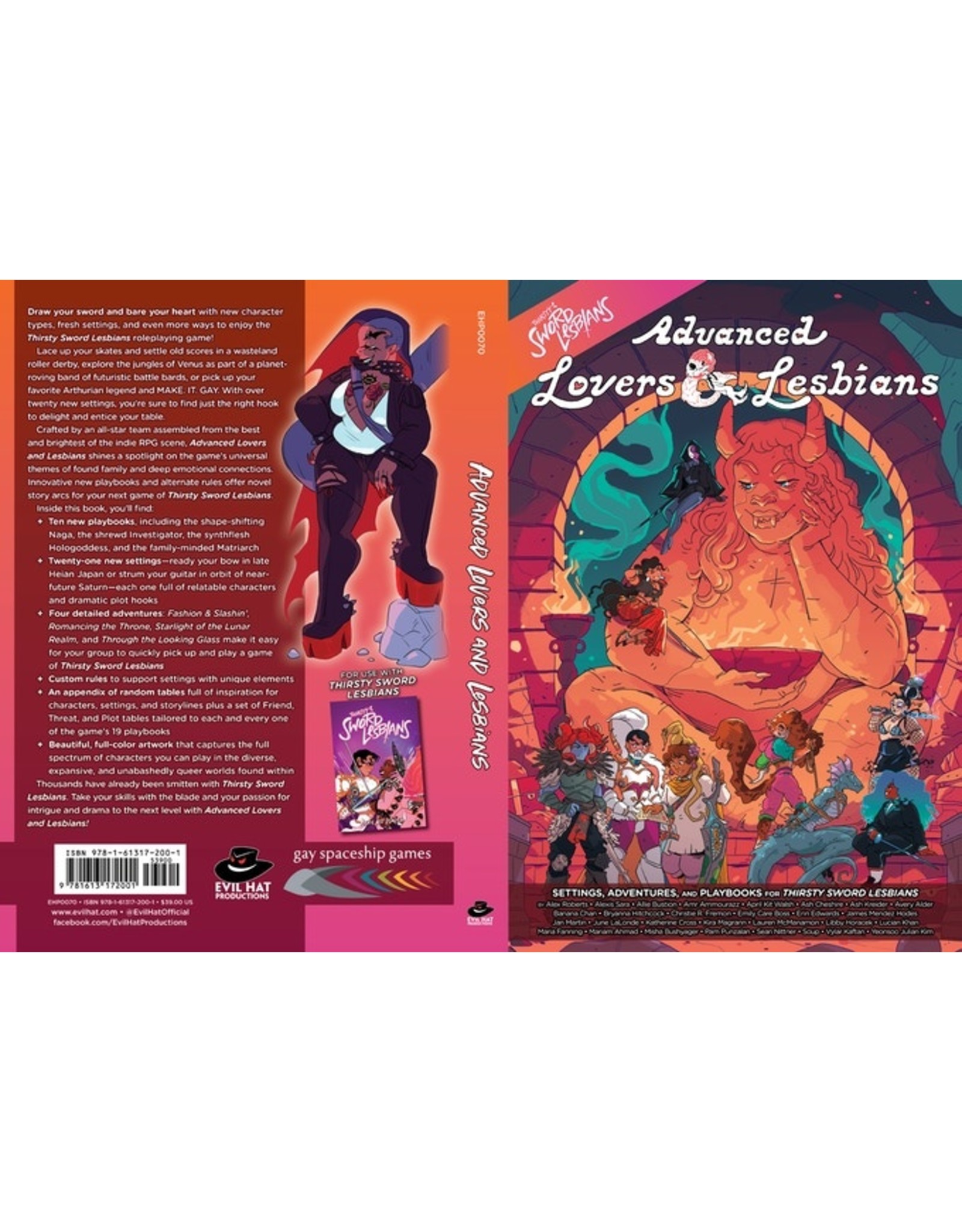 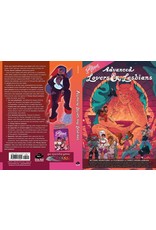 In November 2020, over 8,000 backers pledged nearly $300,000 to bring Thirsty Sword Lesbians to life! April Kit Walsh explicitly designed this RPG to celebrate the love, power, and existence of queer people and the community responded with overwhelming passion. The kickstarter blew through almost fifty stretch goals. This outpouring of support enabled us to bring on a host of talented designers from across the indie tabletop scene to create even more content for this innovative game of narrative drama, found family, and emotional connection.

At Evil Hat Productions, we pride ourselves on delivering a quality Kickstarter product, fast. Rather than delay delivery of Thirsty Sword Lesbians by waiting for all the stretch goal content to come in, we went forward with production and backers received their core copy of TSL five months ahead of schedule.

Now, one year after the original campaign closed, we’re proud to say that the stretch goal material is not only in, but we’ve finished the art, editing, and layout to complete a massive 272-page, full-color expansion we’re calling Advanced Lovers & Lesbians.

Twenty-one new settings featuring signature setting elements, core principles, detailed adventure hooks and more. No matter what genre your group yearns for you will find a setting inside to delight and entice.

Four detailed adventures make it easy to quickly pick up and play a game of Thirsty Sword Lesbians:

Options for two-person play and a plethora of random tables help you tailor the game to a more intimate experience and provide loads of inspiration for characters, settings, and storylines. A set of Friend, Threat, and plot tables tailored to each and every one of the game’s nineteen playbooks helps your players detail the particular relationships and entanglements of their PC.

Throughout this 272-page book, you’ll find beautiful, full-color artwork that captures the full spectrum of characters you can play as part of the diverse, expansive, and unabashedly queer worlds found within.