A Visitor's Guide to the Rainy City

Home / A Visitor's Guide to the Rainy City 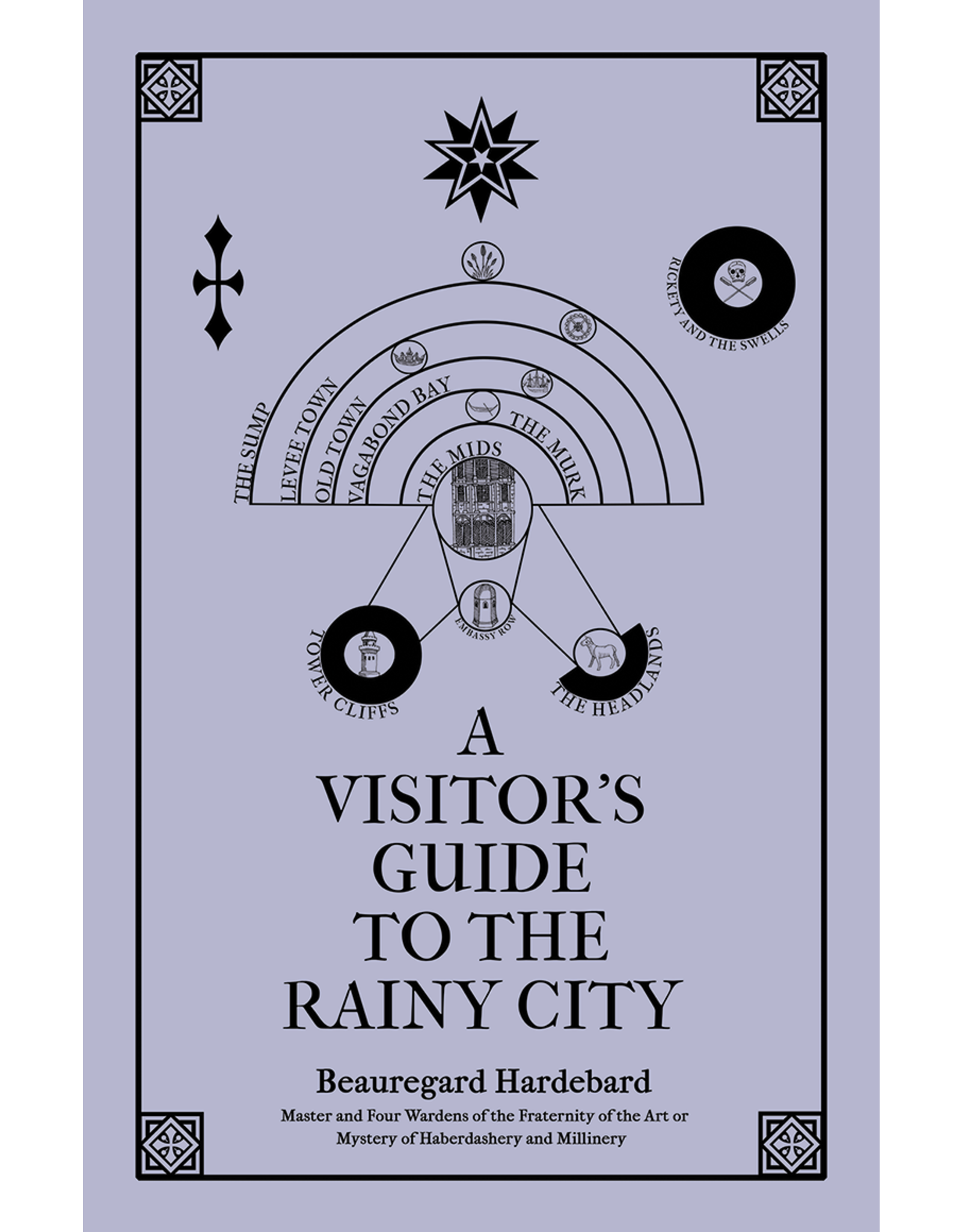 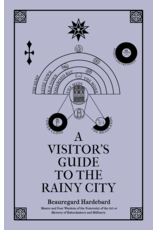 It’s the end of the world. It always rains. Rain beats against the walls. It seeps through the shutters. It pours off the mossy backs of the gargoyles. It turns streets into streams and rivers.

Teetering, damp towers lean against rotting townhouses thrown together in the ruins of a once gleaming city. Servants dash through storms on petty errands. Fireplaces sputter weakly, and spellbooks filled with moldy spells rot in spite of the protections lavished on them for their precious contents.

A VISITOR'S GUIDE TO THE RAINY CITY is a system-agnostic RPG zine offering a complete setting playset and toolkit for GMs and players alike to mine for your own games and campaign settings or drop into a campaign as is. Spice up your roleplaying with the weirdness, whimsy, and wickedness of the Rainy City - a doomed fantasy metropolis at the end of the world - where the wizards jealously guard their rotting magical tomes, the gargoyles are always watching, the thieves are on the prowl, and the rains never stop.

As a GM Playset & Toolkit
The VISITOR'S GUIDE is designed for busy GMs to mine for your own games and campaigns. Need a flavorful but dour neighborhood to drop into a city you're prepping? Then use the paranoid and cult-infested Levee Town. Need a strange NPC wizard for players to sell their ill-gotten loot to? Oculam the Oracular is your wizard; he already saw you coming! Need a weird urban location to toss in front of your players? Then look no further because Vengus Ult's Mushroom Library has just sprouted up in Old Town. Need a colorful folktale to flesh out your local village? Then Ware the Winder Man, who comes every Mid-Winder Night to enter your home and steal your breath.

Break the VISITOR'S GUIDE down, mine it for gems, and use them as your own.

As a Whole Setting
GMs can also use the VISITOR’S GUIDE as a complete, interconnected setting. The Rainy City can be dropped into the oceans of nearly any fantasy world, be found on the edges of the Elemental Plane of Water, or used as we use it -- as the last city left, where everyone and everything eventually washes up as world after world is destroyed by flood. Maybe it’s a place your regular characters pass through on their adventures. Maybe it’s a sort of Bermuda Triangle where they get stuck, for a while. Maybe it’s a pocket universe, maybe a dream, or even some sort of hell. If you can think of a use for a magic rich, rain-soaked city with an Age of Sail flavor that could house any sort of fantasy, you can drop the Rainy City into your campaign.

Take it, pair it with your favorite game, and make it your own.

What’s Included in the Zine?

The Eight Main Districts of the City: Vagabond Bay, Old Town, Levee Town, The Sump, The Mids, Embassy Row, The Headlands, and The Tower Cliffs (with Maps!), plus the floating pirate haven of Rickety;

The Peoples of the Rainy City, detailing some of the more exotic denizens of the city, such as Achterfusses, Gargoyles, Ghouls, Gulls, Larvae, Mine Goblins, Mermaids, and Sump Boggies;

Everyday Life in the Rainy City, including information about how the city eats, drinks, lights, and wears hats in a place where the rains never end;

The Guilds of the Rainy City, including spotlight focus on The Alchemists Guild, The Society of Thatch, and The Molten Hands;

The Four Seasons of the Rainy City: The Quiet, Firelight, The Rainy Season, and The Windy Season, plus some traditions, customs, and holidays associated with each;

The Wizards & Witches of the Rainy City, spotlighting such notables as Iambic Pentacular, whose watery double haunts the city; Antigone Graves, the Witch of Wending Street; Hyperion the Hated; Oculam the Oracular; the Kandive, Agar Yaminnu; and the ever-changing and unchanging Sandestin;

The Patrons of the Rainy City, powerful and notable people in the city who need something and need divers, adventurers, and renovators to get it for them; and

The Gangs of the Rainy City, who prowl the flooded streets carousing and causing trouble.
And much more!