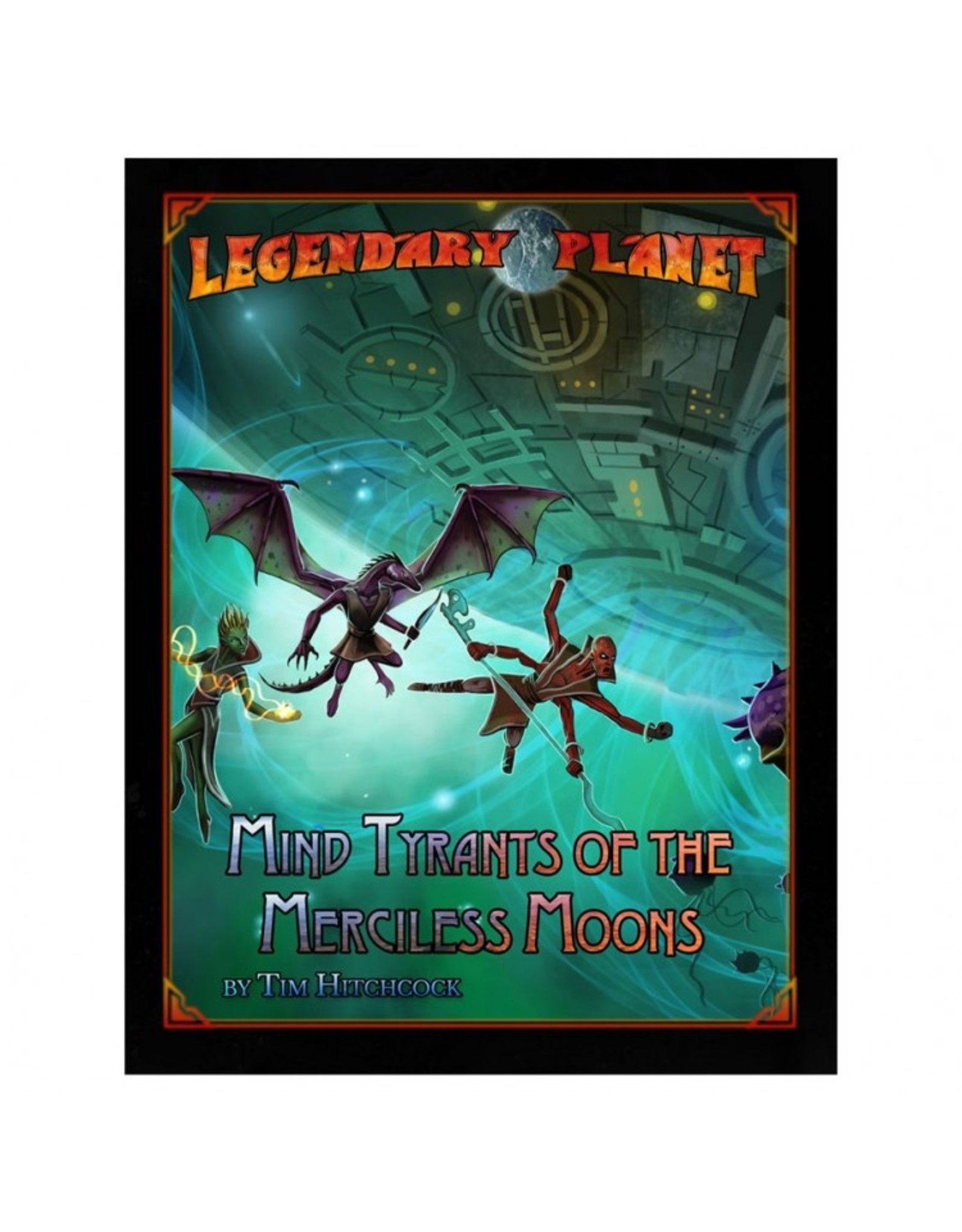 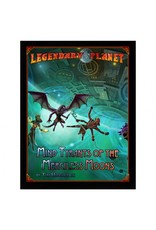 Death in the Mind's Eye. The heroes have scored a major victory, but the dark forces arrayed against them will not go down without a fight. Pursuing their fleeing legions to the gas giant Qanna, the heroes arrive on the verdant moon of Itac at the head of a band of Accord forces only to discover that the massive planet’s manifold moons have long been a secret stronghold of the Hegemony forces and the hunters are now the hunted. Worse still, the psychic storms and spatial ripples of the system make escape almost impossible, and to prevail the heroes must launch headlong into a campaign against a dread conqueror set on launching a final desperate assault at the head of a massive army. The heroes at last come face to face with the unspeakable ultari, the grand architects of the Hegemony, and only they can thwart a rogue general’s mad quest for power as they stand against the Mind Tyrants of the Merciless Moons!

Mind Tyrants of the Merciless Moons is an adventure for 17th to 19th-level characters using the 5th Edition rules for the world's most famous RPG. The latest chapter in the amazing Legendary Planet Adventure Path, a spectacular sword-and-planet saga from Legendary Games blending sci-fi and fantasy, magic and machines with an exciting pulp sensibility and style. Mind Tyrants of the Merciless Moons includes not only a massive interplanetary adventure but also brand-new monsters, magic, and technology, including new advanced vehicle rules blending magic and technology, along with a full gazetteer of the domed city of Emirist-Tar and its inhabitants and an ongoing fiction series. Here you will find amazing adventures that span the stars and plunder the planets in a campaign that takes your heroes to 20th level and beyond! Grab this exotic epic today and Make Your Game Legendary!