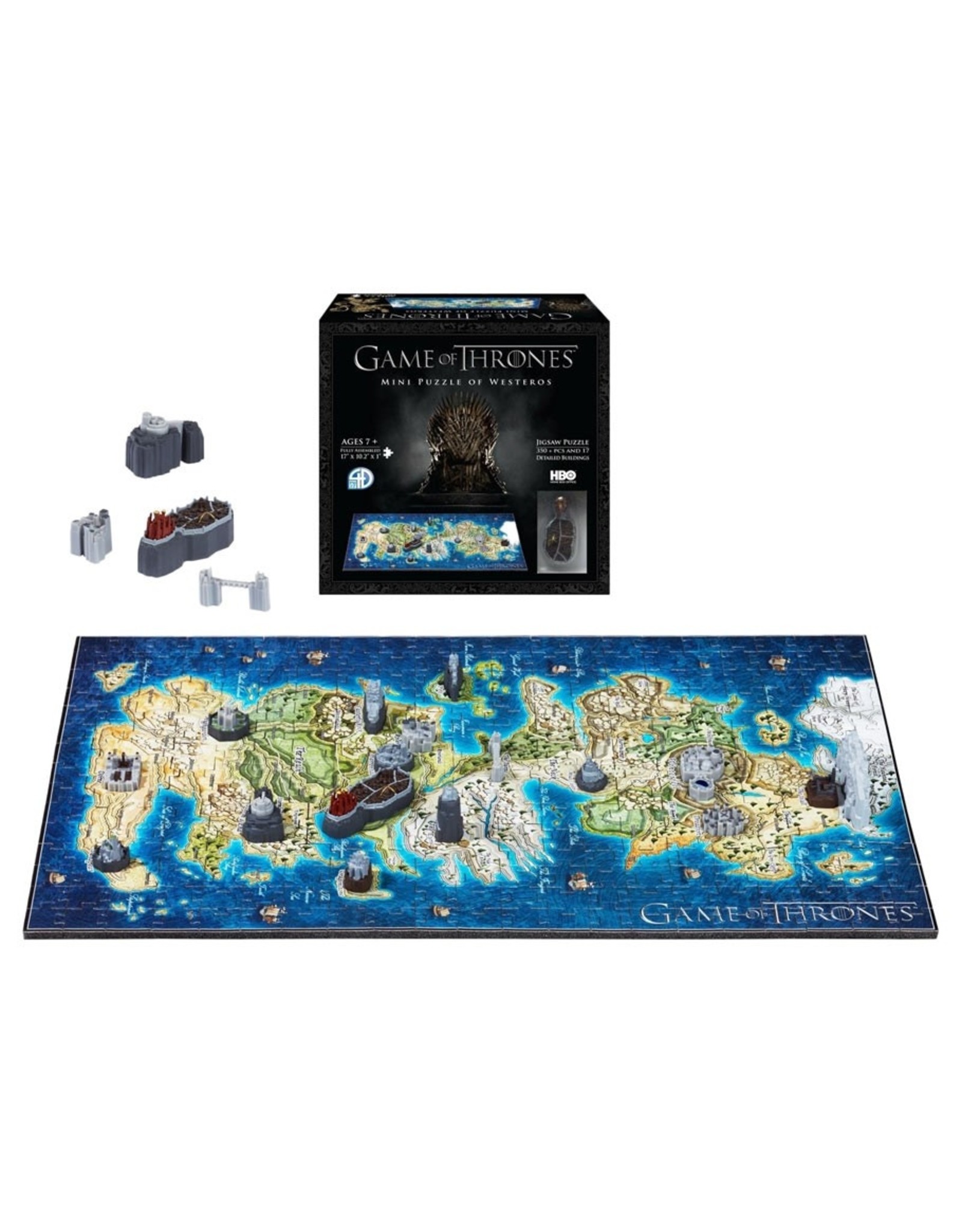 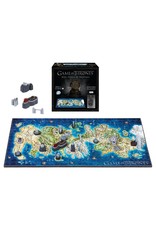 4D Cityscape now introduces the official mini puzzle guide for Game of Thrones, based on the award-winning HBO television series.

Based on the best selling 4D Puzzle of Westeros, This mini replica will guide players through the assembly of the map of Westeros in a patented layer design. The first layer is a 340+ pieces jigsaw puzzle that will teach you all about the various locations and regions of Westeros. The second layer adds the 3D miniature replicas models that you insert into the puzzle, which include famous cities and castles such as Kings Landing, Winterfell, Eyrie, the Wall, and more! It’s a perfect collector’s item and great gift for the Game of Thrones fan.